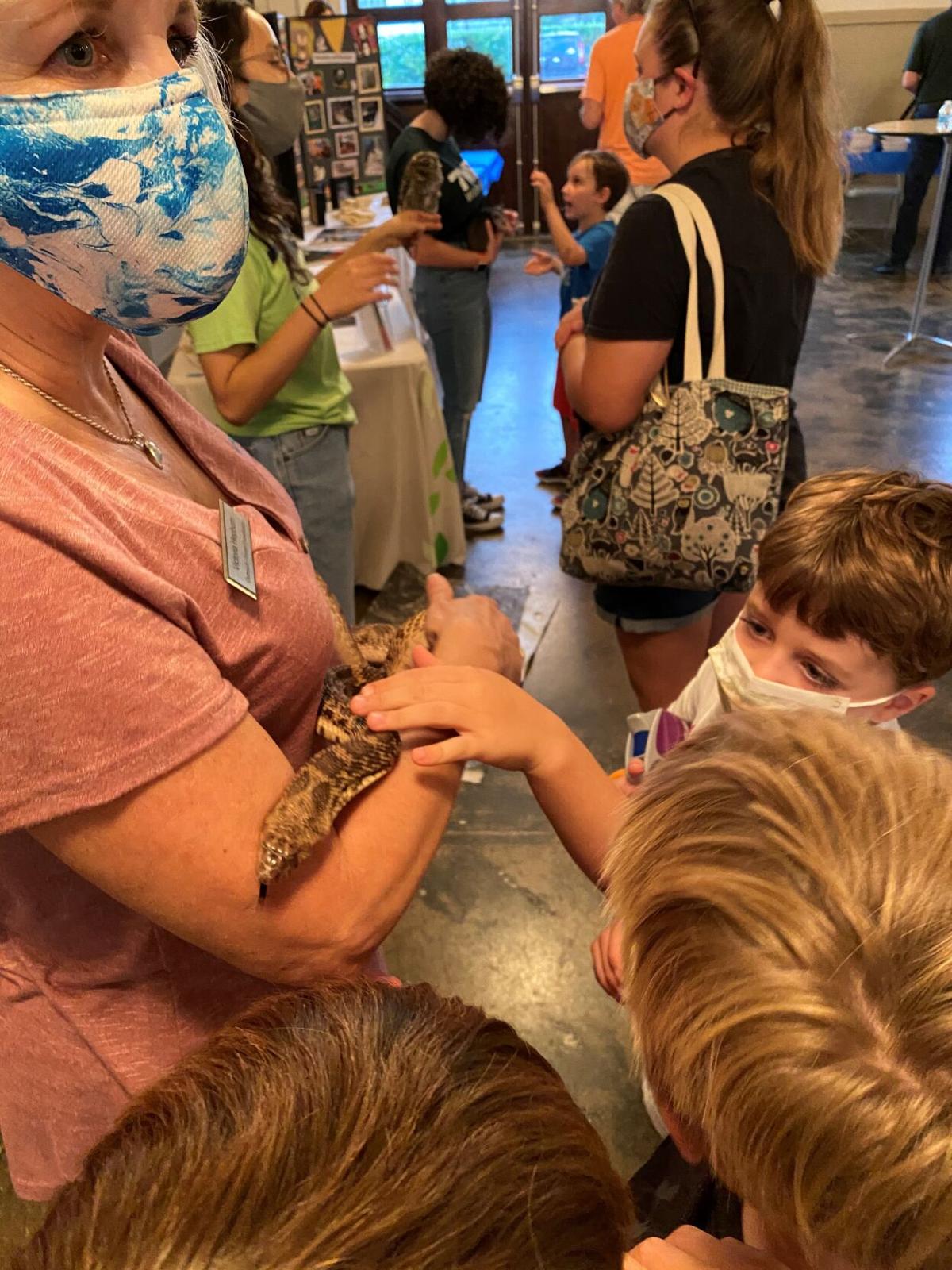 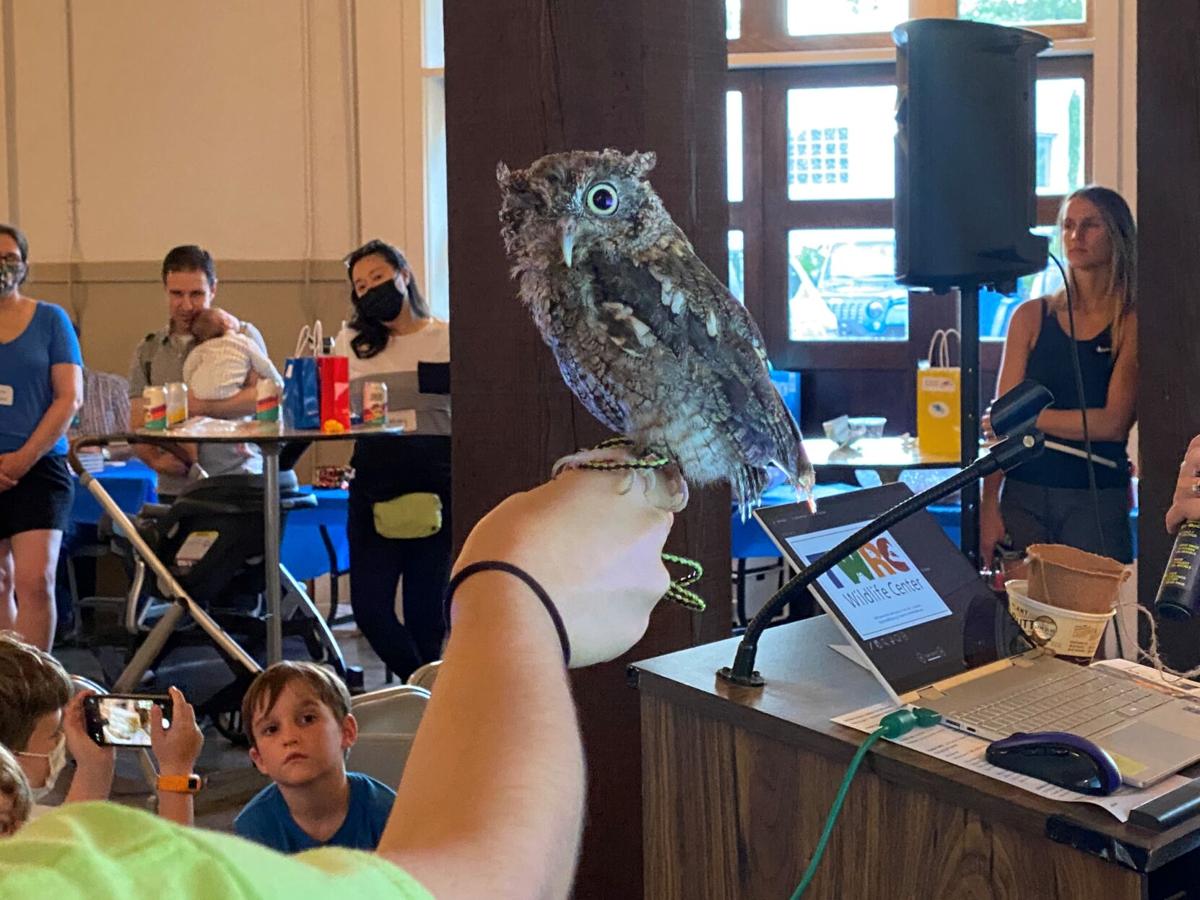 A screech owl was among the animal attractions at the Houston Heights Association meeting on Monday. (Photo by Rich Anhorn) 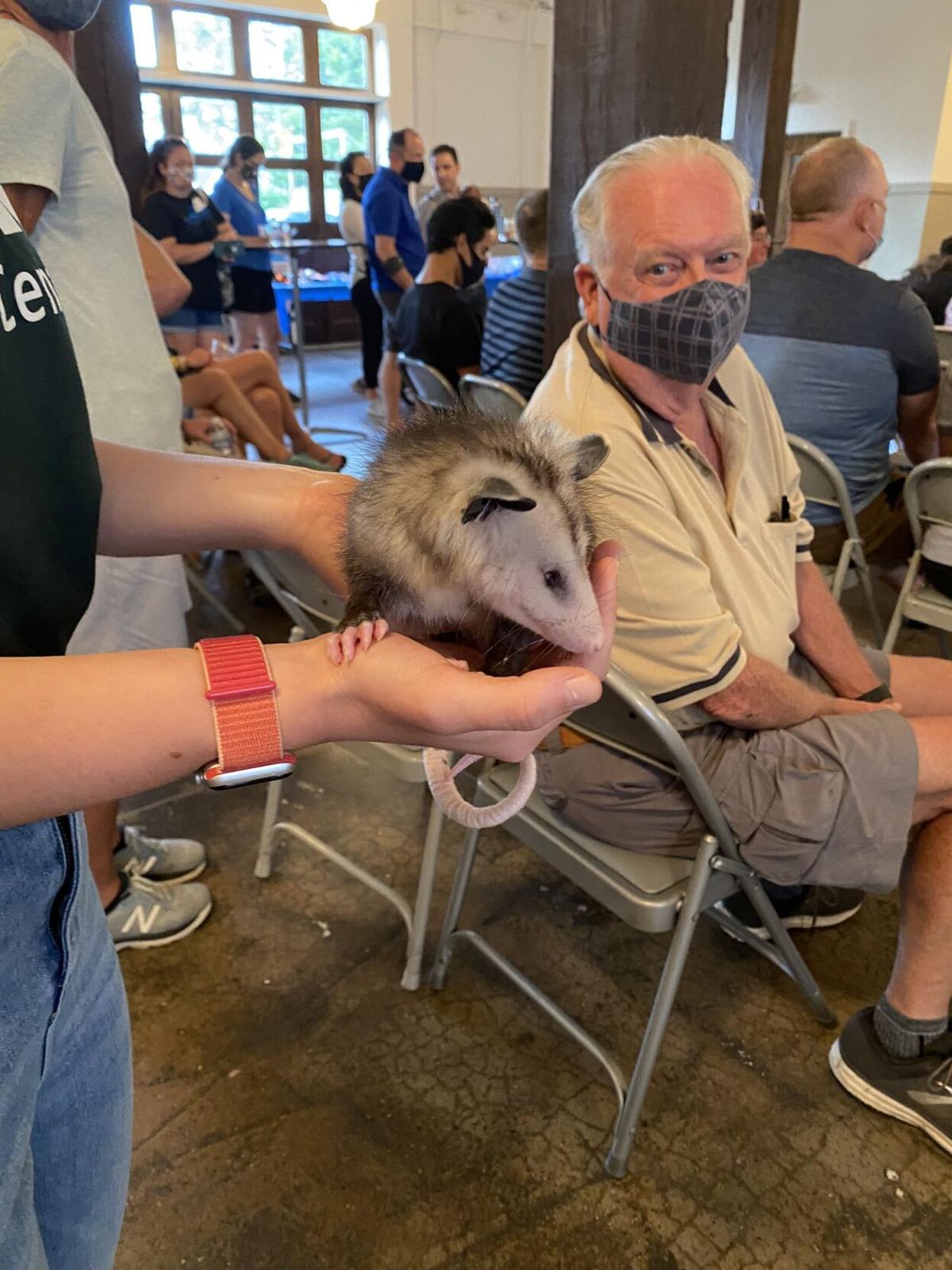 The Texas Wildlife Rehabilitation Center brought an opossum to the Houston Heights Association meeting on Monday. (Photo from Twitter)

A screech owl was among the animal attractions at the Houston Heights Association meeting on Monday. (Photo by Rich Anhorn)

The Texas Wildlife Rehabilitation Center brought an opossum to the Houston Heights Association meeting on Monday. (Photo from Twitter)

People were not the only participants in the Houston Heights Association’s first in-person monthly meeting in more than a year.

Animals got in on the action as well.

The nonprofit civic organization held a Monday night meeting at the historic Heights Fire Station, 107 W. 12th St., where the theme was “Those Amazing Animals.” Representatives from Friends For Life Animal Shelter, the Texas Parks and Wildlife Department and the Texas Wildlife Rehabilitation Coalition were among the speakers for the event, with the children in attendance getting up-close looks at Friends 4 Life’s ambassador dog as well an opossum, screech owl and snake.

The Houston Heights Association (HHA) had been holding virtual monthly meetings since the local onset of the COVID-19 pandemic in March 2020. Monday marked the return of in-person meetings, which are family-friendly, open to members of the neighborhood and planned for 6:30 p.m. on the second Monday of every month.

“We had so many people come, and all the speakers were so happy,” said Angela DeWree, an HHA volunteer who organized the meeting.

The meeting started with 30 minutes of a meet-and-greet with adult- and kid-friendly refreshments, followed by welcome addresses from HHA president Sharon Dearman and executive director Emily Guyre. In addition to Kelly Norrid of the Texas Parks and Wildlife Department and Mary Warwick of the Texas Wildlife Rehabilitation Coalition – who spoke about wild animals that live in the Heights and surrounding communities – speakers also included author and comedian Dylan Powell, who sold copies of his book, “Houston Culture Shock.”

Jeffrey R. Henningsen of JBH Catering & Event Planning was there as well, donating prepacked cookies as well as dog treats.

DeWree said Friends For Life, an animal shelter located at 107 E. 22nd St., spoke about a new initiative in which it provides assistance to pet owners in need so they can continue to care for their animals.

“They support those owners with food or medical treatment through their clinic so animals can stay with the people that they love,” DeWree said. “To me that was so powerful.”

For more information on the HHA and its monthly meetings, visit houstonheights.org.