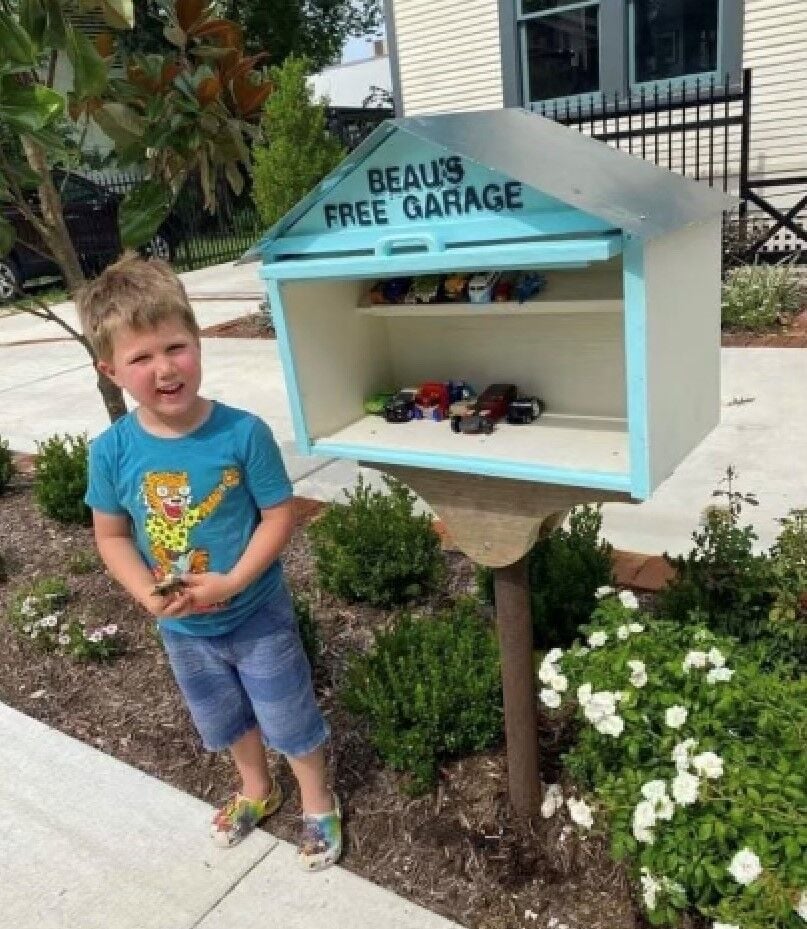 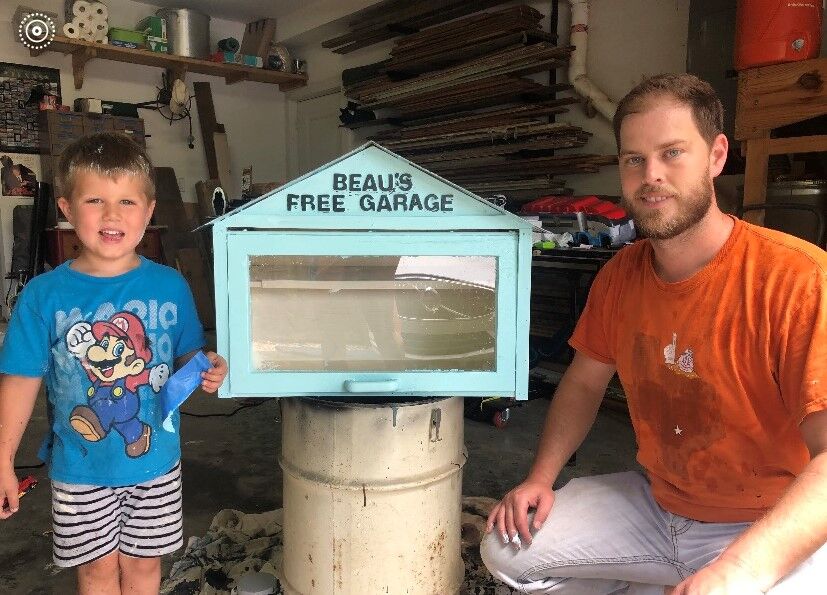 Neighbors and passersby in the Freeland neighborhood south of White Oak Drive might notice what at first looks like another Little Free Library, the public, outdoor bookcase.

But upon closer inspection, they will see the words, "Beau’s Free Garage."

The new twist on the Little Free Library concept is courtesy of 4-year-old Beau Roessler, who told mom Kate and dad Alex that he wanted to have a place to swap Hot Wheels. His parents were not surprised.

“The second he was 8 months old he picked up a car,” Kate Roessler said. “I joked that he spent so much time pushing them around that I’d never see anything but his bottom again. He eats with them. He sleeps with them. I find them in my purse.”

But Beau is not sentimental about most of his cars. He likes to swap them at the playground with his friends. When he needed to clear out the old to make room for new ones, he put the cars he wanted to give away in the mailbox. After his parents told him a stamped and addressed package would be required for that to work, he asked about putting a "garage" in the front yard.

“We would see the libraries on our walks and bike rides,” Kate said.

Serendipitously, Alex has a wood shop in his garage, so he was on board with the building. Beau had the idea in April and although the project probably would have moved more swiftly without the preschooler's supervision and help, it was more fun for dad and son to work together.

They finished a few weeks ago. Per Beau’s specs, the garage has a retractable door.

The garage was stocked and ready to go this week. Beau’s idea is to take a car and leave a car, but Kate has also talked to him about the fact that some people may want a car but don’t have one to trade, and he is OK with that, too.

“He’s been looking out the window and checking the garage,” Kate said.

Kate has just begun to promote the free garage on social media and hopes traffic picks up in coming weeks. She said she hopes it sparks some fun during these turbulent times.

“It would be great if we could get a domain name like the one for Little Free Libraries,” she said. “We could put up the plans for people to download and make their own. Maybe the idea would catch on.”

Beau, no doubt, would be thrilled about that.