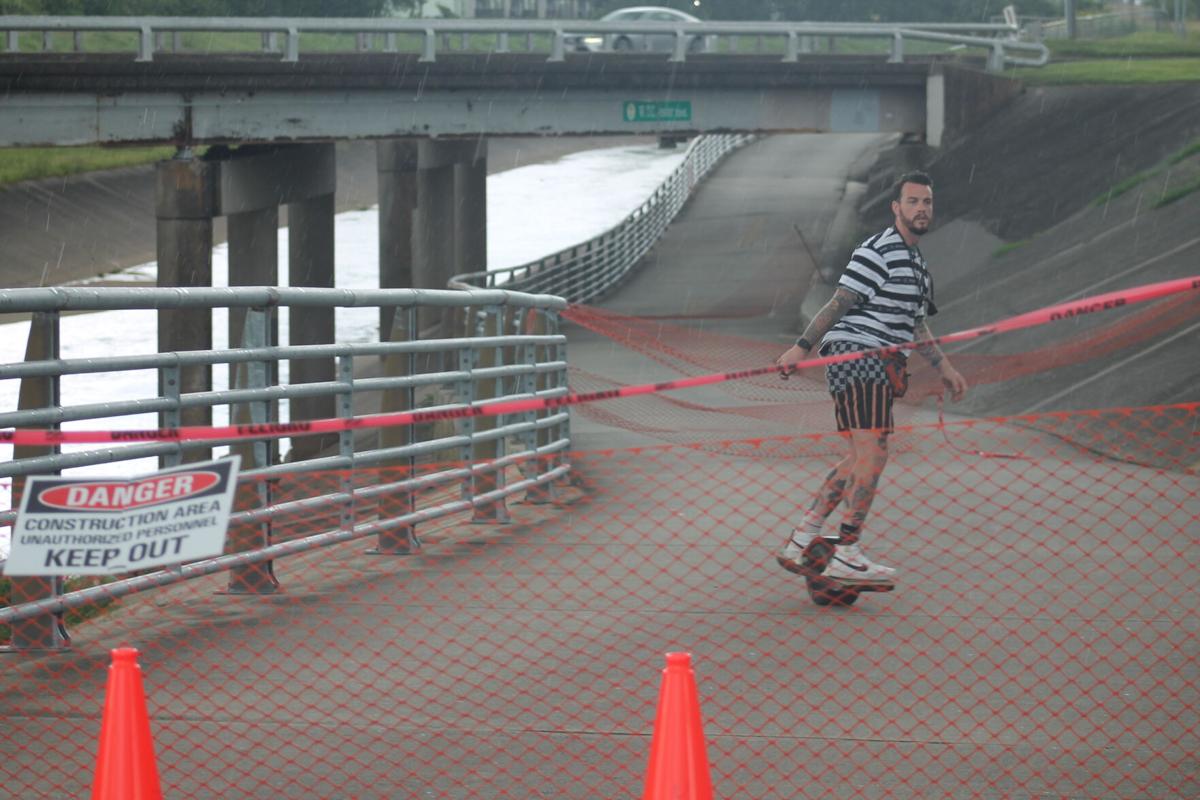 Candlelight Oaks resident Robbie Carson rides his electronic skateboard through a portion of the White Oak Bayou Greenway trail that is indefinitely closed because of a sinkhole underneath the path. (Photo by Adam Zuvanich) 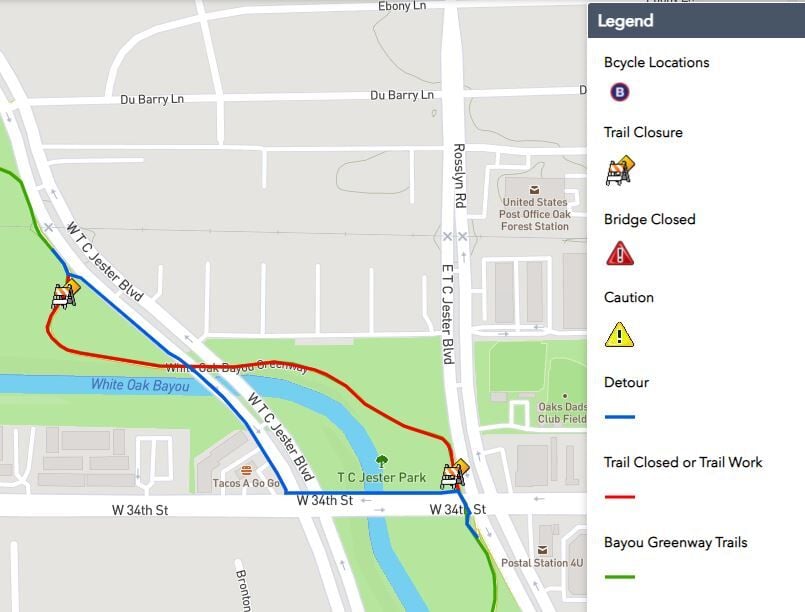 Pictured is a detour for a stretch of the White Oak Bayou Greenway trail in the Oak Forest area. (Image from Houston Parks Board) 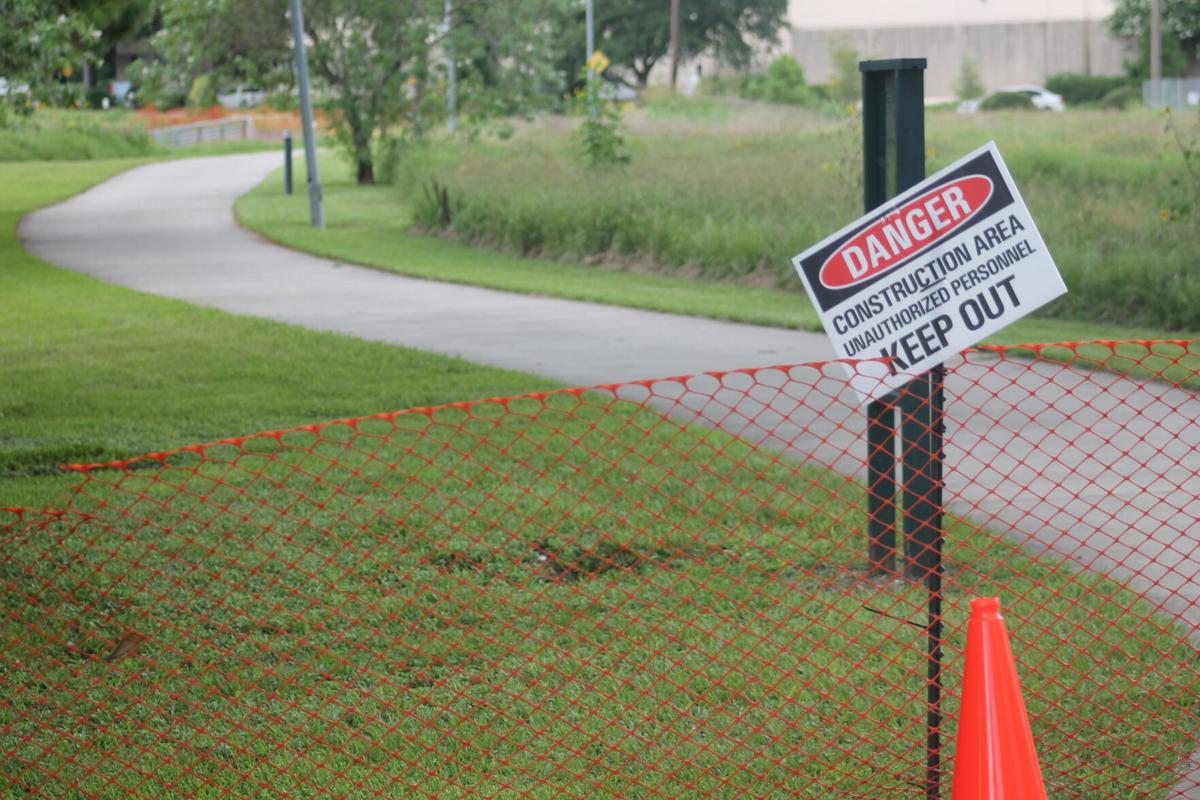 Robbie Carson makes about a 10-mile trek from his home in Candlelight Oaks to his tattoo studio in Sawyer Yards, often riding his electronic skateboard on the White Oak Bayou Greenway trail.

A 600-yard section of the trail that goes underneath West T.C. Jester Boulevard, just north of West 34th Street, has been closed since July 7. That has forced Carson to make a small detour, at least on most days, he said, on his way to The Left Eye, Tattoo and Fine Arts Gallery, 1824 Spring St. Suite 229.

He rode through the closed-off portion Monday afternoon, when the barricades were not sufficient enough to keep him from doing so and there was no construction work being done. Going underneath the bridge also provided some cover, albeit briefly, on a rainy day.

Trail users in the Oak Forest area could be inconvenienced for at least the rest of the summer. The aforementioned section is indefinitely closed because of a sinkhole that has developed underneath the concrete trail where it meanders close to the bayou and under the bridge on West T.C. Jester.

Trent Rondot, the conservation and maintenance director for the Houston Parks Board, said in a statement that the sinkhole is related to a storm sewer pipe that runs underneath that part of the trail and empties into the bayou. A spokesperson for the U.S. Army Corps of Engineers (USACE), which has the discretionary authority to repair and replace the 20-year-old trail, said it is surveying the situation in conjunction with the parks board and Harris County Flood Control District (HCFCD).

“We are still investigating the cause of the sinkhole and developing a path forward,” the USACE said in a statement. “Once we make that determination, we will coordinate with HCFCD and Houston Parks Board on roles and responsibilities to replace the hike and bike trail.

“The start and finish dates for repairs will be determined after the cause of the sinkhole is resolved,” the USACE added.

An illustration of the project area and detour can be found here.

“While it is unfortunate the greenway trail must remain closed while repairs take place, the safety of trail users is paramount,” Rondot said. “We ask that all greenways users follow the detour route … and remember to share the sidewalks with other walkers, runners and cyclists using the same paths.”