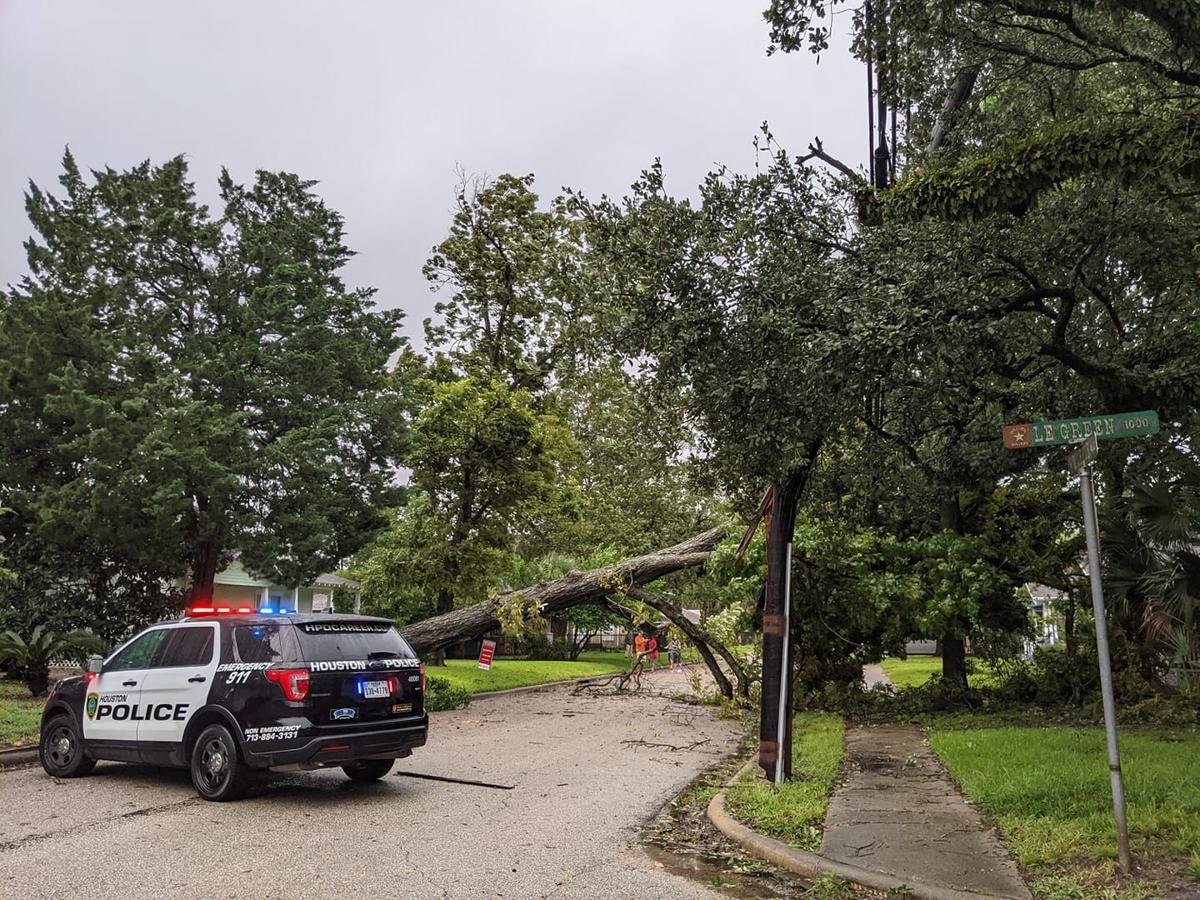 Hurricane Nicholas caused a large tree to fall across Michaux Street and onto power lines earlier this week in the eastern part of the Heights. (Photo from Facebook) 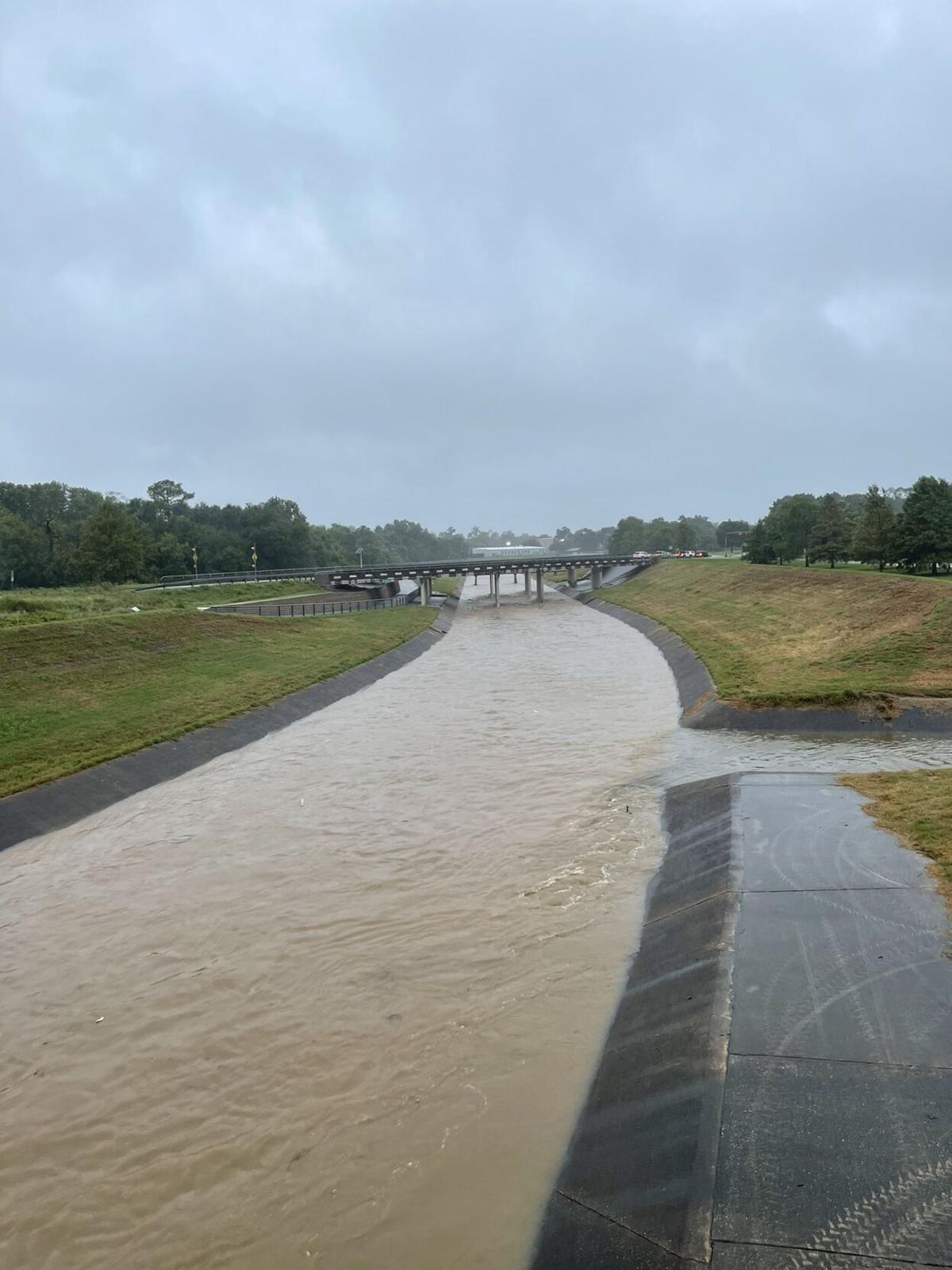 Hurricane Nicholas caused a large tree to fall across Michaux Street and onto power lines earlier this week in the eastern part of the Heights. (Photo from Facebook)

Much of Houston hunkered down Monday night, with residents gathering food, water and emergency supplies while preparing their homes, vehicles and properties for the worst.

A large tropical storm was on the way, and became a hurricane overnight, so heavy rain was expected and flooding was likely in a region that regularly sees both.

But Nicholas proved to be a mere nuisance for residents of the Heights, Garden Oaks and Oak Forest areas, who awoke Tuesday to widespread power outages but few other problems caused by the storm.

Multiple neighborhood leaders said their communities “fared well” and they had not heard of any significant flooding or damage in the area, except for a few fallen trees and downed power lines caused by wind gusts.

“It was pretty uneventful, I would say,” said Emily Guyre, executive director of the Houston Heights Association. “There was lots of wind and rain.”

More than 460,000 electricity customers across the Houston region were without power early Tuesday morning, according to CenterPoint Energy, and neighborhoods throughout the area were impacted. The most widespread outages locally were in the Heights, while the Timbergrove and Lazybrook area to the west experienced the fewest amount of outages.

Power was back on in much of the Heights by mid-afternoon Tuesday, according to CenterPoint, which said in a news release that the number of customers without electricity across the Houston area had dwindled to about 160,000 as of 5 p.m. Tuesday.

“Due to the extensive damage caused by the storm, impacted customers should anticipate some outages taking as long as four to five days, with the majority restored earlier as repairs are safely completed,” CenterPoint executive vice president Kenny Mercado said in a statement released by the company.

The Houston Health Department opened four multi-service centers to the public on Tuesday afternoon, including the locations in Acres Homes and just south of the Heights, to provide a respite from the elements as well as electricity for charging phones and other devices.

The city’s Solid Waste Management Department suspended trash and recycling collection Tuesday but planned to resume services Wednesday, when the city as a whole also resumed normal operations. Houston ISD also resumed in-person and virtual classes Wednesday after cancelling all classes and closing all of its schools and offices on Tuesday.

EQ Heights, a popular coffee shop at 1030 Heights Blvd., opened just a few minutes late Tuesday morning and was busier than usual, according to owner Kevin Blasini. The Heights resident operated the shop by himself at first, saying he did not want employees to travel on potentially unsafe roads and that it was important for EQ Heights to continue serving the community.

Blasini, who opened the shop in 2015, said he has tried to stay open during every major weather event since then.

“I know what it’s like to be kind of stranded without power, which we had a bunch of people north of 11th (Street) that were stranded without power in the morning and were seeking some respite from just sitting there waiting for the power to come back,” he said. “That’s kind of what we are is a respite in the middle of the Heights.”

Fortunately for many local residents, the need for respite was not as great as it was in the aftermath of Hurricane Harvey in 2017 or Tropical Storm Imelda in 2019. Each of those storms caused significant flooding in the area, whereas strong winds were more of problem with Hurricane Nicholas.

That caused some damage associated with downed trees and scattered tree limbs, although area residents had braced for much worse. Garden Oaks Civic Club president Tonya Knauth said a trip to Kroger on Monday revealed that community members were stockpiling items such as bottled water, milk and snacks.

“I think people paid attention (to weather forecasts and warnings from officials), which is a good thing in terms of preparation,” she said. “I do think that it could have been a lot worse.”