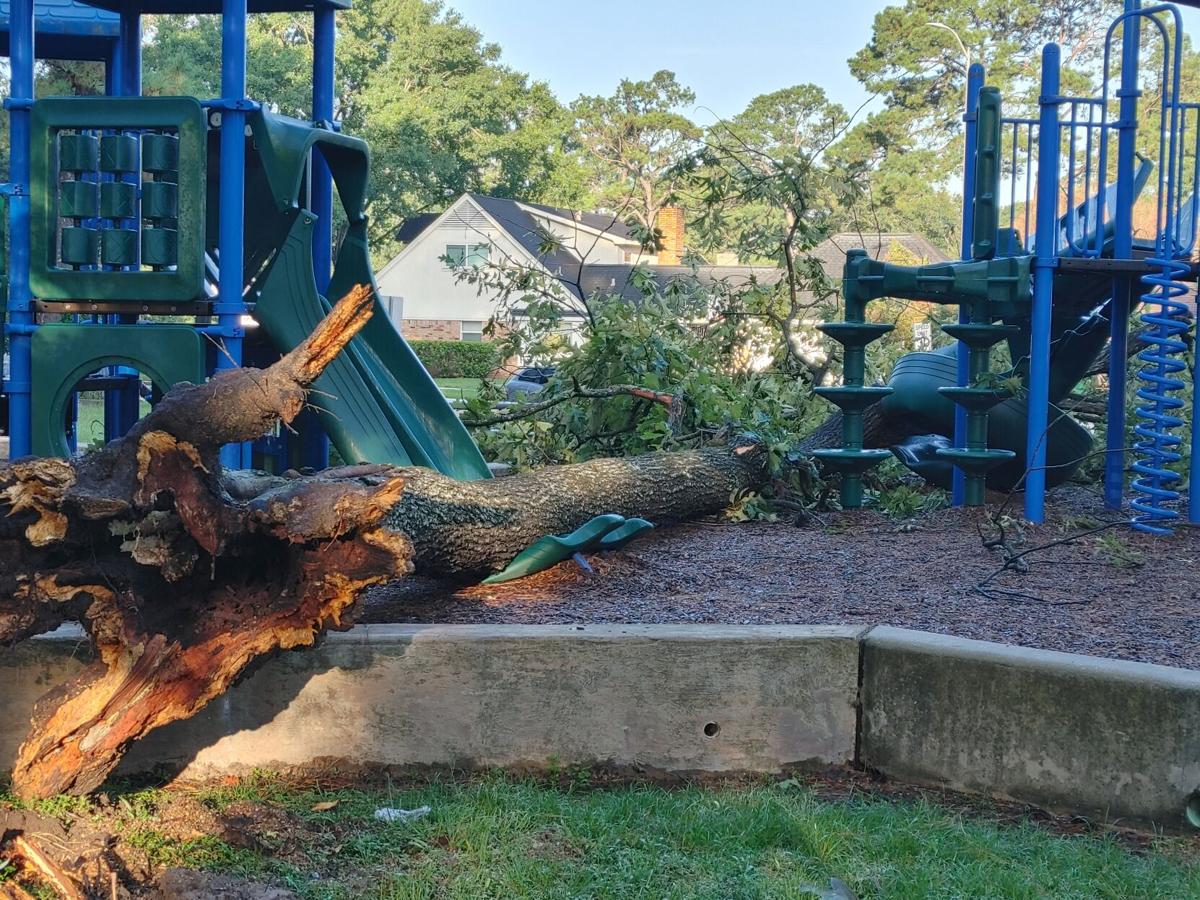 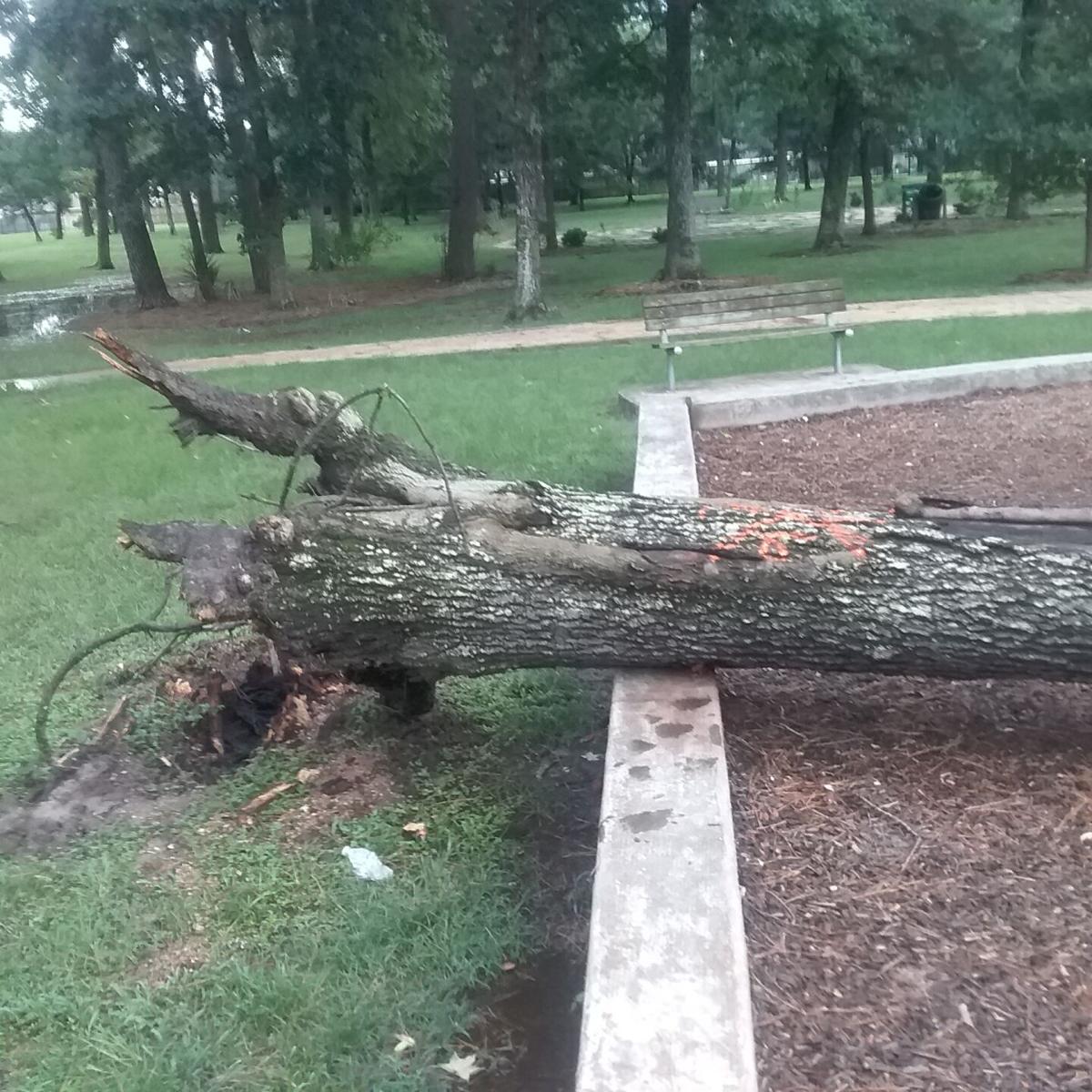 A white oak tree fell over and crushed two slides at Shepherd Park, 4722 Brinkman St., during a rainstorm last week.

According to Jeremy Burkes with the Houston Parks and Recreation Department, a resident reported the incident through the city’s 311 call center the evening of July 13 and the city’s Urban Forestry team inspected the park the following morning.

“By our observation, the tree encountered a high wind force and uprooted,” Burkes said. “The surrounding soil has been saturated from consistent rainfall, which only exacerbated the matter.”

Bruce Coy, a nearby resident, said the fallen tree had been alive, but when he looked at its roots, they were rotted, which he assumed was from the outpouring of rain that has hit the city over the last couple of weeks.

By the end of last week, the tree was removed from the playground and Urban Forestry has also evaluated a number of other trees in the park and identified two other oak trees that warrant removal due to structural defects.

“Both trees are pending service from our contractor within the next 90 days,” Burkes said, “or tentatively by Oct. 15.”

Coy, who also tried to report the fallen tree through the city’s new 311 app, said he faced technical difficulties within the app that wouldn’t let the request be submitted. He said he’s had a long history with reporting things about the park to the city, and this tree removal happened a lot quicker in comparison.

For example, he said before Hurricane Harvey hit in 2017, he reported a fallen limb that was still attached to the tree that had fallen over the walking path. After Harvey the city told Coy it was too busy with the aftermath of the hurricane. Coy said that branch wasn’t removed until last winter. Another issue Coy brings to the city’s attention about the park is the lights, which Coy said go out all the time.

“The park is one of the reasons I bought my house,” Coy said. “I walk my dogs in the morning. I’m out there between 6:15 and 7 a.m. and it just seems strange when there’s an issue in the park it doesn’t get that much attention.”

Burkes said the two trees marked for removal should cause no concern for park goers because they are not in danger of falling. Instead they were marked for removal due to observable structural defects. He said that both trees have cavities at their base which indicate some loss of strength and that the trees cannot compensate for this loss of strength, so that weak point will only become weaker over time as decay in the area progresses.

“It’s important to note, however, that even trees with ideal structural makeup are susceptible to falling during a significant weather event where there’s saturated soil from consistent heavy rainfall and high wind forces,” Burkes said.

For Coy, it’s sad to see trees go, but he mentioned that Shepherd Park has a person who has been planting numerous trees, so the idea of two being removed in less concerning for him.

As for the playground equipment that was damaged by the fallen tree, Burkes said the city has reached out to its vendor but the timeline for repair is undetermined at this time.

“It’s amazing how many people come to the park every day,” Coy said. “Some people I walk with in the morning live at the other side of the neighborhood and drive over to walk it. I ask why they don’t walk at the park near them and they say they like this one better.”