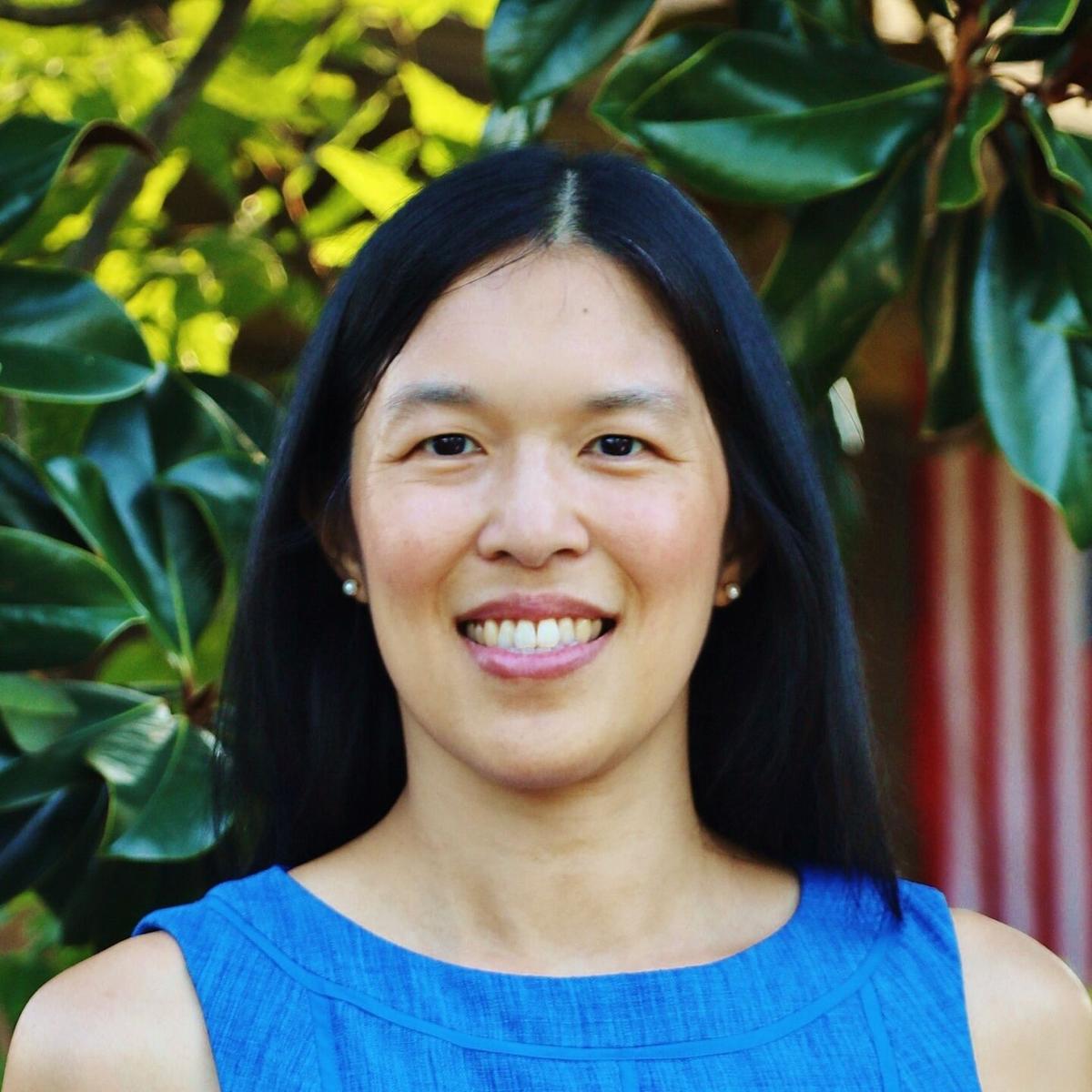 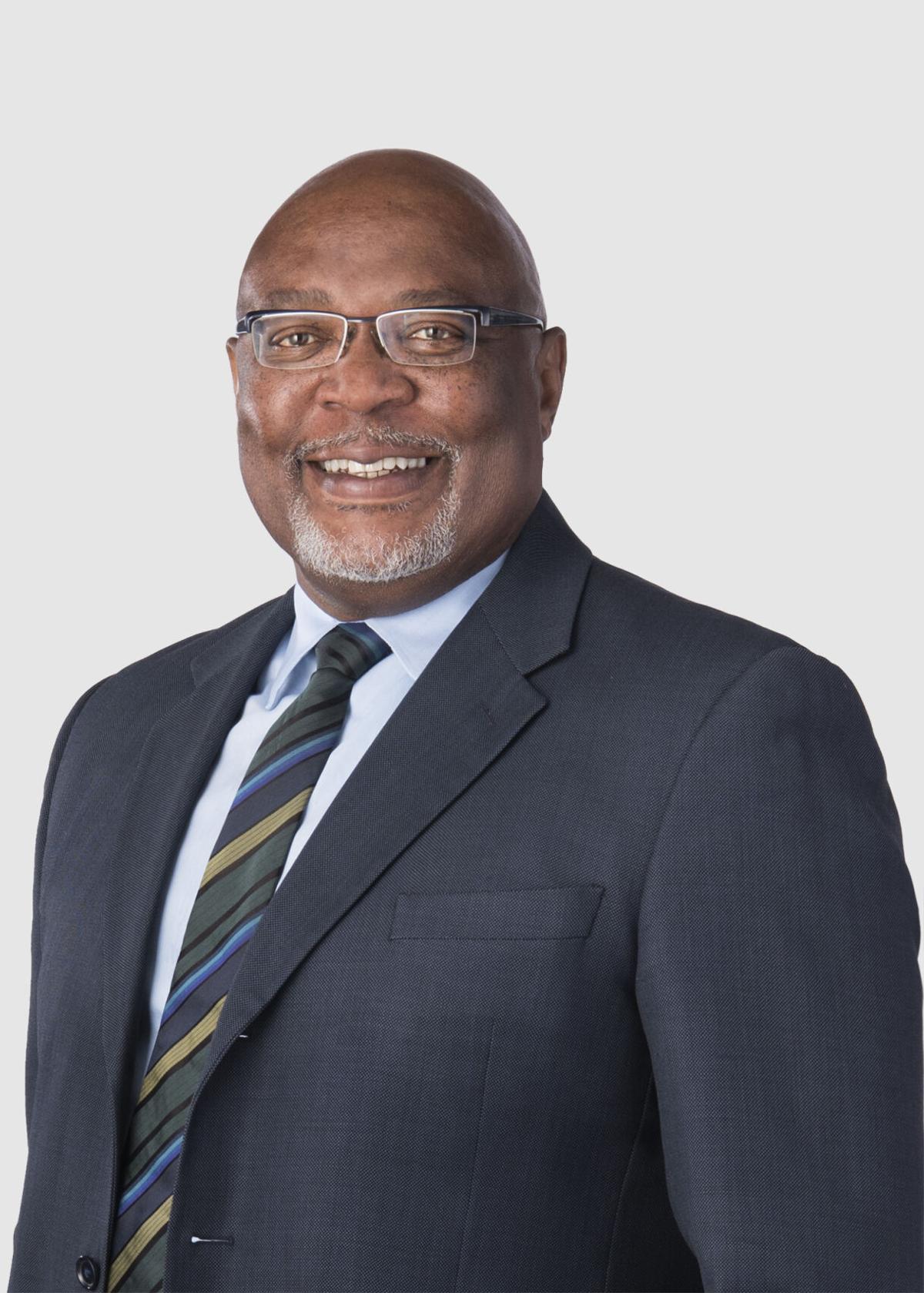 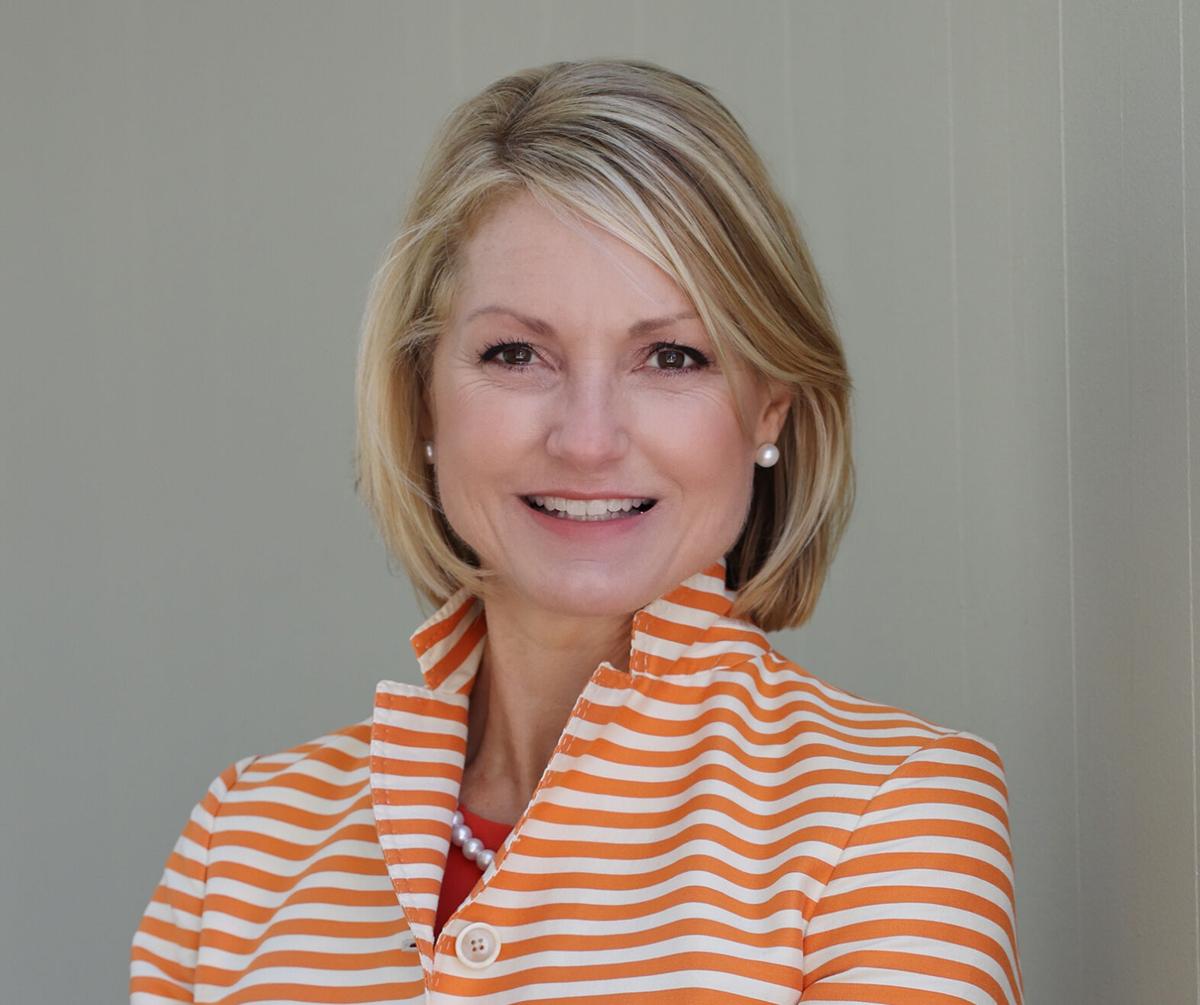 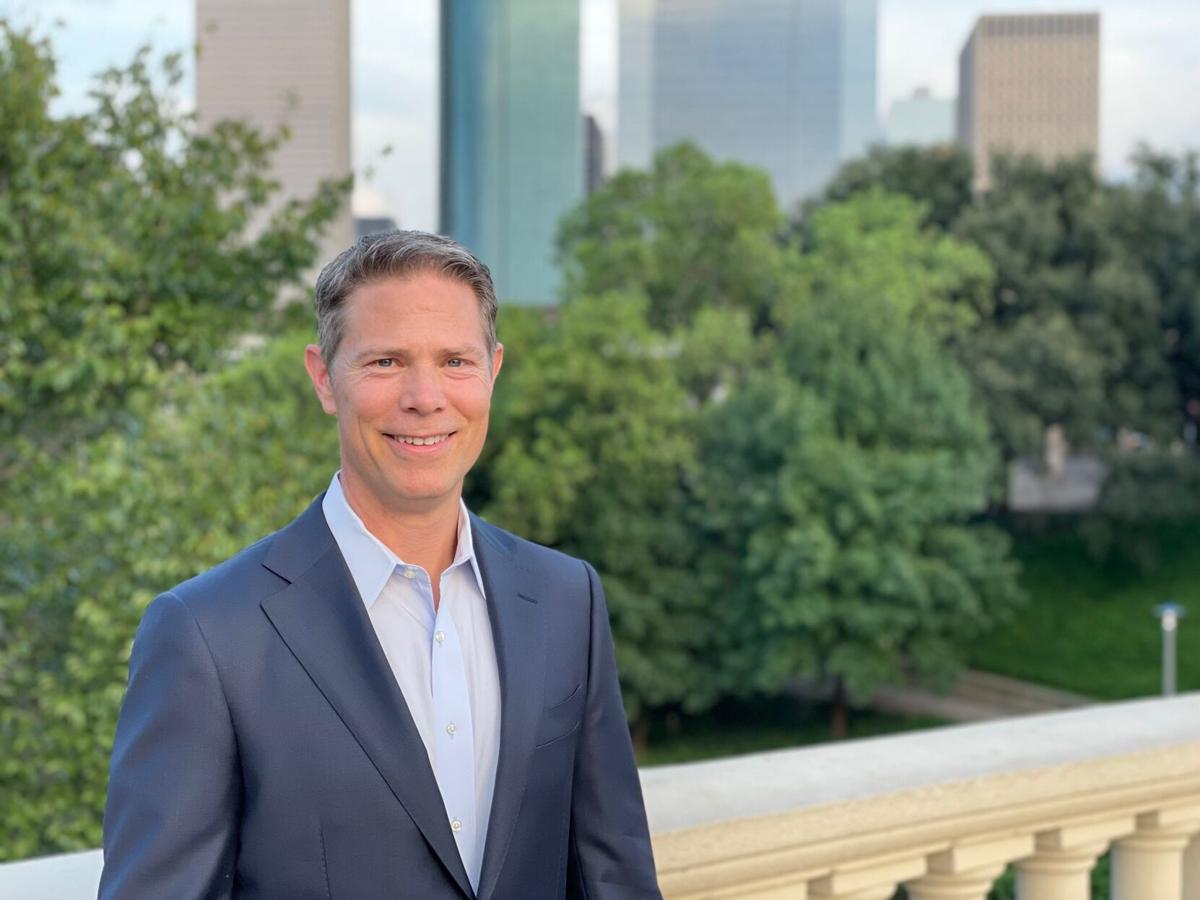 Dwight Jefferson is an arbitration attorney and former state district judge. Bridget Wade was a parent-teacher organization president who also served on a private-school board, while Mac Walker is a small business owner and father who has been a mentor to at-risk kids.

All three are challenging incumbent Anne Sung, a former teacher and Harvard University graduate, for the District VII seat on the Houston ISD Board of Education, which serves a geographic area that includes Sinclair Elementary in the Timbergrove neighborhood.

How to adequately account for growth on the Sinclair campus, where HISD cut down some mature trees and added a modular building earlier this year to help serve a continued influx of students, figures to be a key issue among local voters. Early voting is Oct. 18-29, and Election Day is Nov. 2.

“I don’t know what their plan is for the exponential growth going on in that area,” Wade said of HISD. “Maybe they’re talking about it and I don’t know. The neighborhood is concerned about it.”

Wade and the two other challengers said they are concerned about HISD’s reputation and were motivated to run in part by the well-publicized problems facing the HISD board in recent years, including public quarrels among trustees and the ongoing threat of a state takeover. The district is locked in a lawsuit with Texas Education Commissioner Mike Morath, who in 2019 announced he intended to replace HISD’s nine elected trustees with a state-appointed board of managers, citing what he called the board’s “failure of governance” and the prolonged failing academic performance of Wheatley High School.

Morath’s stated intention to take over HISD, which claimed in its lawsuit that such a move would disenfranchise Houston voters, also came on the heels of a Texas Education Agency (TEA) investigation into an alleged open meetings violation by five members of the board, including Sung. In 2018, those trustees initially voted to replace then-interim superintendent Grenita Lathan with former HISD superintendent Abe Saavedra, who withdrew from consideration a few days later and prompted the board to reinstate Lathan.

“Participation in that activity really showed poor judgment and I think questionable leadership,” Jefferson said. “Outside of that, (Sung) seems like a very nice young lady. But that decision was an example of the type of politicization and inexperience that has led me to seek this position. … I thought that my experience would enable me to be able to help the district out of the ditch and get back on the right course.”

When asked about her involvement in the alleged open meetings violation, in which she and four other trustees were alleged to have met with Saavedra and discussed hiring him before the board meeting in which they voted, Sung said, in part, "I was focused on following best practice for a professional superintendent search to help HISD find the best possible permanent superintendent and should have better understood how important the interim position was in other people’s hearts. I have apologized to Dr. Lathan and the public. If I could do it again, I would instead have refused to vote on this last-minute item."

Sung, who first was elected to the board in 2016 and now has a 5-year-old child who is an HISD student, also said she has led efforts to revise board policies to help ensure trustees have a clear understanding of what they are voting for in meetings. She touted her work to improve student achievement and provide budget oversight as well, so the district is making the best use of taxpayer money. She said more HISD students have passed advanced placement exams and earned career-and-technical-education certification under her watch, and that the district has expanded its number of International Baccalaureate (IB) schools.

She also said the HISD board, which two years ago had four new trustees voted in, is functioning more effectively and efficiently than it had previously. The existing group of trustees voted unanimously earlier this year to hire Millard House II, who had been an award-winning administrator in Tennessee, as HISD’s new superintendent.

“I think our board is in a really good place and working together,” Sung said. “At this point I think some stability on the board would be a really good thing.”

Wade, who said she helped start Heights church Apostles Houston, described herself as a “bridge-builder” and engaged community member who wants to promote forward-thinking and address issues from the perspective of students and how they can be successful. She said HISD should not apply one-size-fits-all policies in such a large and diverse district, instead relying on solutions that are tailored to different campuses and different students based on their needs.

For example, Wade said she thinks special-needs students should be in different learning environments than students who are more advanced academically.

“Let’s go back to No Child Left Behind,” Wade said in reference to the 2001 act by Congress. “It was good in theory. It was a good idea, a good policy to try to focus in on those that were being missed and underserved.

Walker echoed Wade’s sentiment about the need for diversified policies and solutions and said he thinks campus principals should decide how to best allocate resources for their students as opposed to HISD’s central office. For example, he said HISD provided a laptop for every student at River Oaks Elementary, even though more than half its students already had their own and the school had two teacher vacancies it could have filled.

Walker said he would try to eliminate such wasteful spending and could generally bring more sound financial acumen to the HISD board.

“The problem is they make bad decisions, because they just don’t know the numbers,” he said. “To me that’s inexcusable.”

Jefferson, the retired judge who still works as a mediator in arbitration cases and previously served on the board for METRO, said one of his first orders of business if elected would be to help HISD recover from the slide in standardized test performance that it has experienced during the COVID-19 pandemic. He also would want to expand HISD’s pre-kindergarten program and beef up its offerings for vocational training to help students become workforce-ready upon graduation.

Sung, Wade and Walker said they also support increased vocational opportunities for HISD students, and they want to implement policies that would support teachers and make HISD teaching jobs more attractive. Wade said the existing board erred by not being more prepared to deal with the teacher shortage that HISD has experienced early this school year.

Each candidate said they would work to combat campus overcrowding issues such as the one at Sinclair, an aging campus that serves a rapidly growing community. HISD got pushback from neighborhood residents earlier this year when it announced a plan to cut down mature trees on campus and install two modular buildings to account for expected increases in enrollment, and eventually settled on a plan to add only one temporary building.

Jefferson and Walker said they would potentially support a bond measure that would allow HISD to construct a new school for the neighborhood, while supporting other district-wide needs as well, although they said HISD should first try to find funding from within. Sung and Wade both said they think a solution to Sinclair’s overcrowding issue should be devised with input from the community.

“HISD is now putting a capital planning steering committee together,” Sung said. “We’re planning ahead for a bond, hopefully next year in 2022, so we can rebuild our elementary schools and expand them. We’ve got older elementary schools like Sinclair that need to be ready for the growth that’s coming to the area. I’m really asking the district to plan ahead.”

HISD trustee candidate up in arms over name snafu on ballot

Mac Walker, a candidate for the District VII seat on the Houston ISD Board of Education, said his name was printed incorrectly on the ballot Harris County is using for the Nov. 2 election. Despite the mistake, which Harris County Elections Administrator Isabel Longoria attributed to HISD, she said the election is moving forward with the ballot as it is.