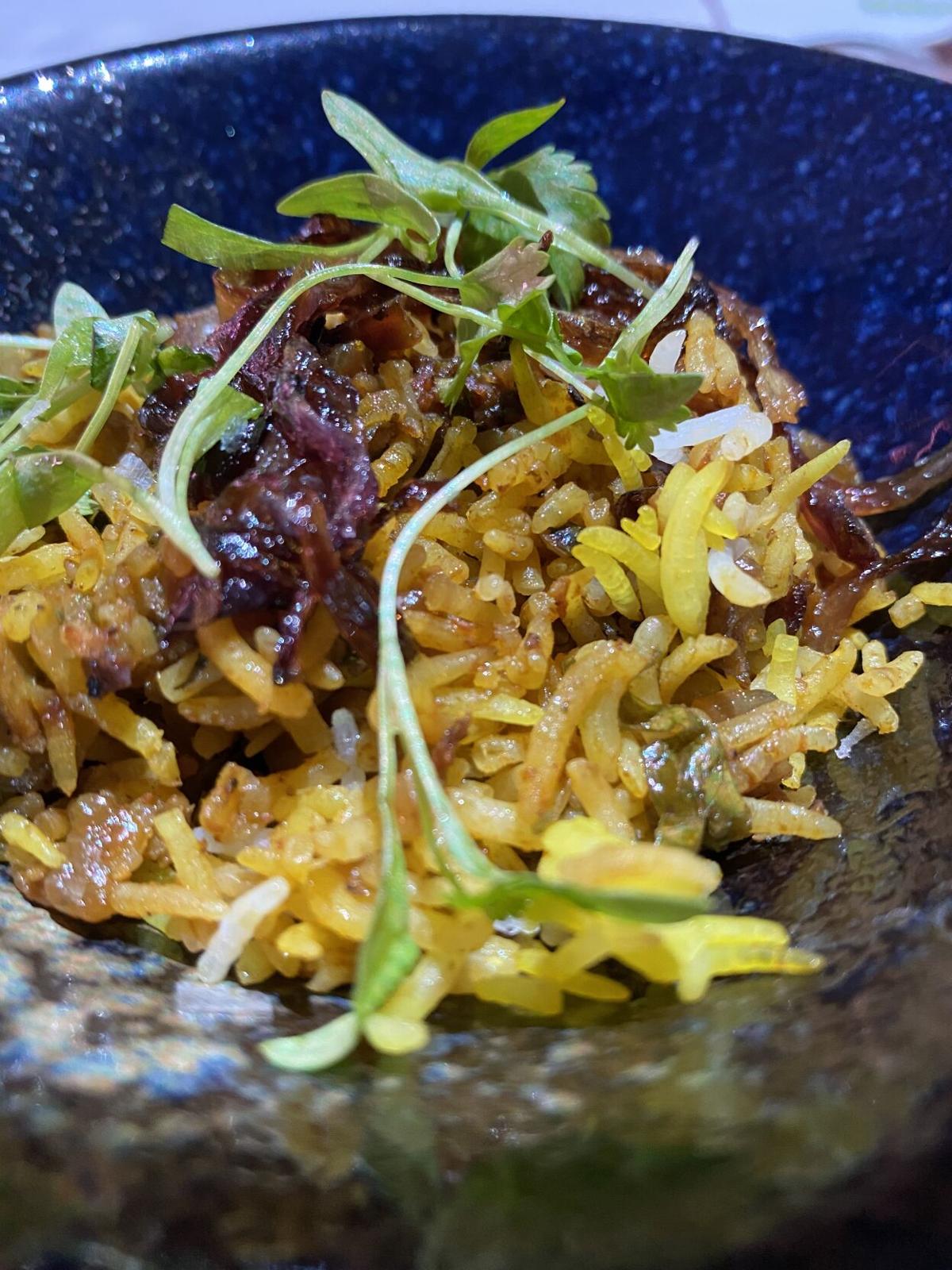 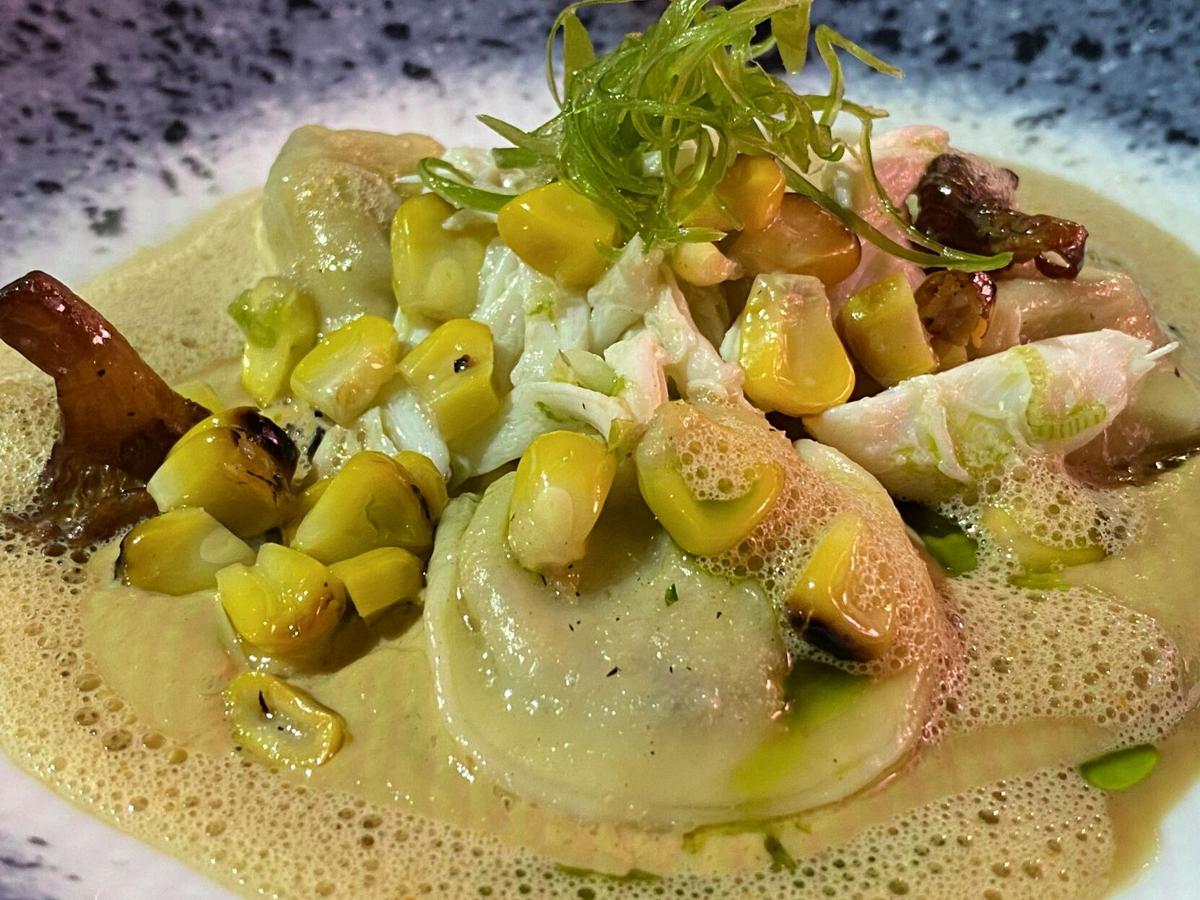 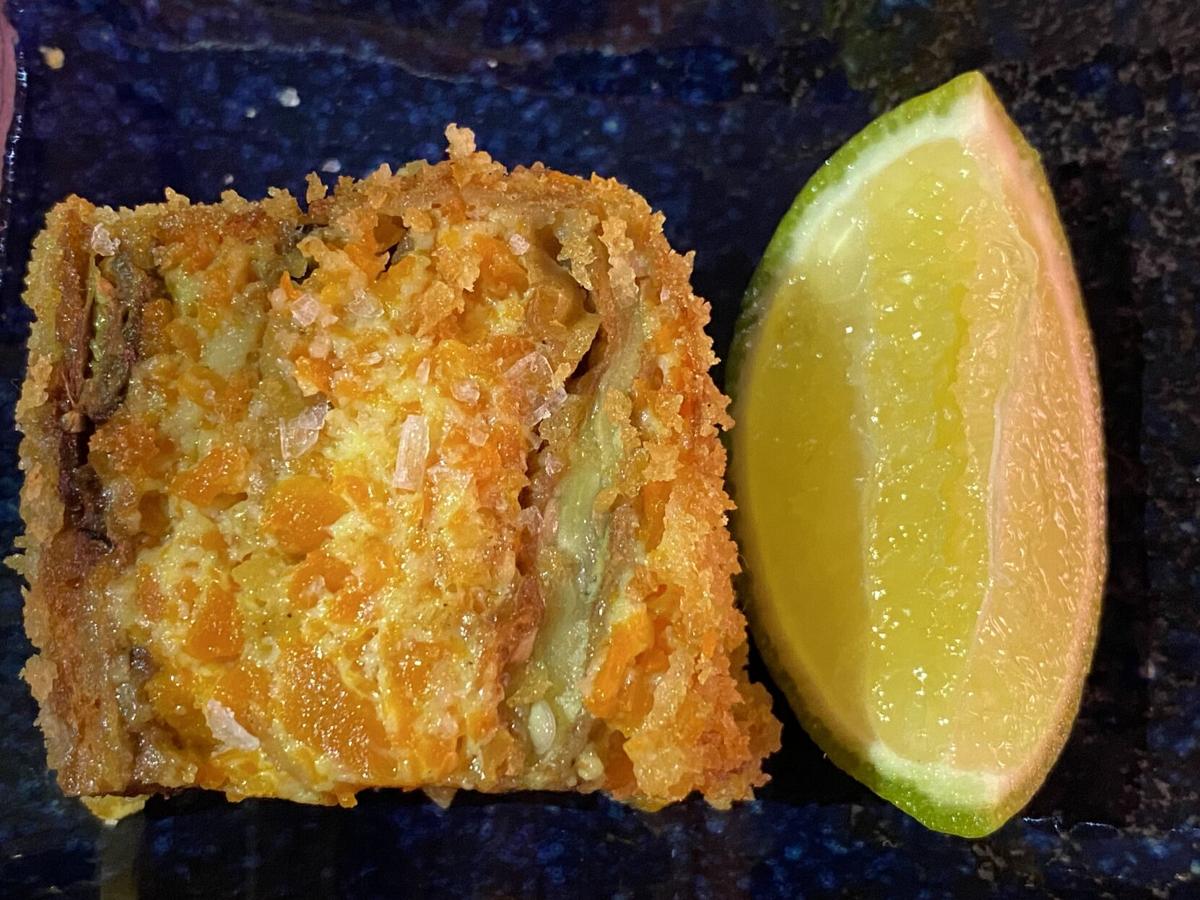 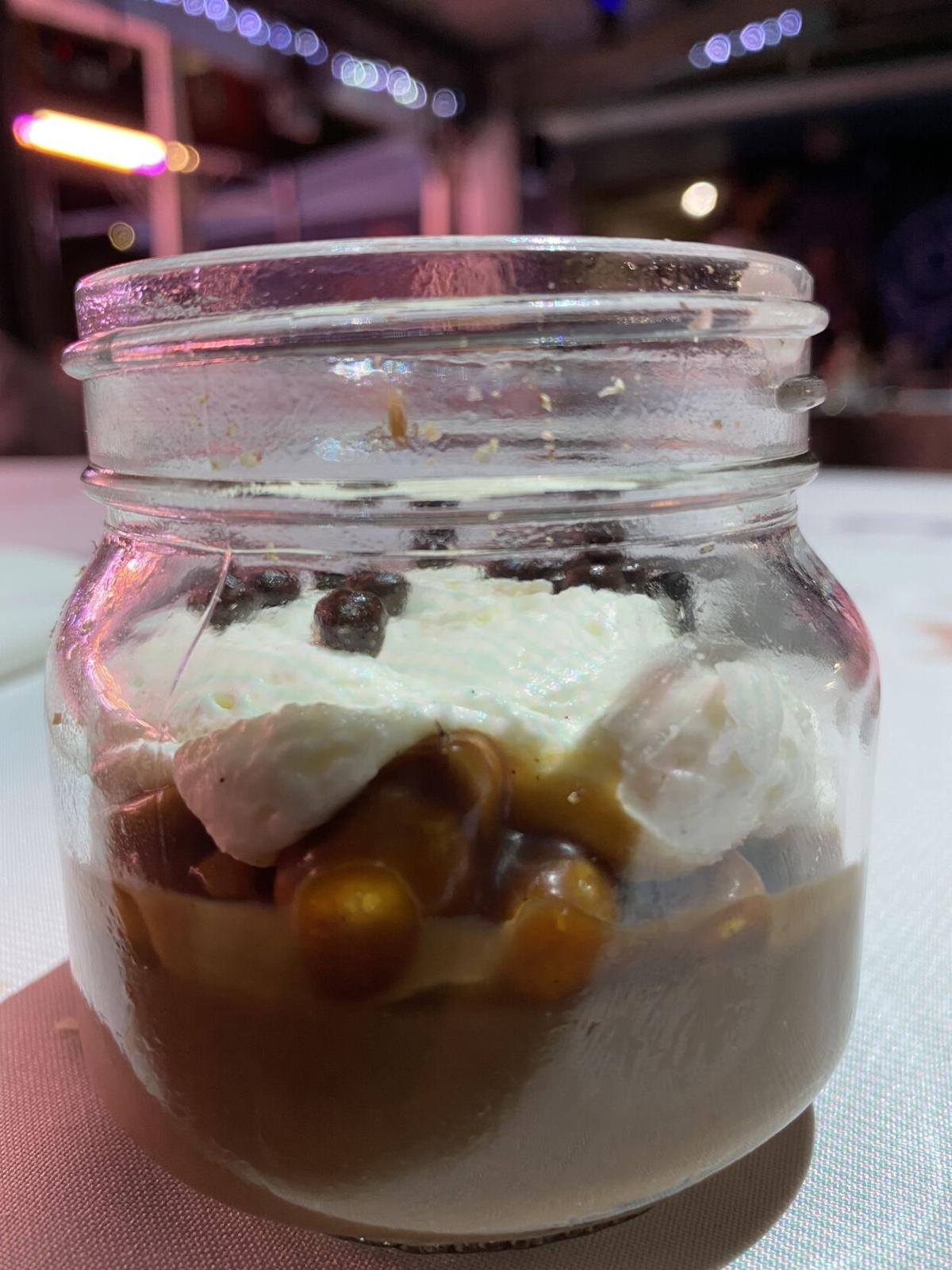 Shown is a dessert from Rebecca Masson of Fluff Bake Bar, a goo goo pie topped with a boozy caramel sauce and whipped creme fraiche served Aug. 26 at the Commune Preview event at Heights House Hotel. (Photo by Stefan Modrich)

Shown is a dessert from Rebecca Masson of Fluff Bake Bar, a goo goo pie topped with a boozy caramel sauce and whipped creme fraiche served Aug. 26 at the Commune Preview event at Heights House Hotel. (Photo by Stefan Modrich)

The long-anticipated Commune Preview event kicked off Aug. 26 at Heights House Hotel, 100 W. Cavalcade St., drawing 32 chefs from across the country to prepare a sampling of their best dishes over the course of the three-day event.

Grover Smith, founder of event organizer Indie Chefs Community, said the goal of the event was to offer a creative outlet for chefs who have labored under strict COVID-19 protocols as the delta variant surge caused his organization to scale back the event, originally planned to last two weeks.

“I wanted it to be a little bit of a cathartic moment for folks that have dealt with a lot in the last couple of years, specifically for the chefs that were participating,” Smith said. “The reality of the climate meant that that wasn't necessarily possible, because obviously throughout the time we were there we had to be very careful and didn't really do things the way we normally would.”

And while he and Indie Chefs originally had much bigger plans in store, he said it was good to have what amounted to a rehearsal for the full-scale Commune event, now planned for March of next year.

“It definitely wasn't the big thing we wanted to do,” Smith said. “But it provided us with kind of an opportunity to do a test run and a location and be able to make plans and changes based on how it went.”

Nonetheless, he said the event was a success on several fronts.

The first night featured chefs from as far away as Atlanta, Los Angeles, Philadelphia and Brooklyn, New York.

Jules Stoddart of Austin’s Olamaie and Misti Norris of Petra & the Beast in Dallas also represented the Lone Star State during the Aug. 26 dinner.

“(We took) a group of independent people who operate on their own as chefs, and are leaders in their own kitchens and were able to kind of have a cohesive group,” Smith said. “By the time it was over, they all had a memorable experience, both from the relationships they built, having to overcome some obstacles together as a group, and then having an opportunity to unwind from their normal jobs and learn from each other.”

Smith said overcoming some of those obstacles were good experiences for him and his team of chefs, who had to acclimate to using a mobile kitchen.

About 240 guests attended across the three-day event, which he said was a manageable number that allowed guests to safely social distance without overwhelming the kitchen staff.

Briefly during the event’s opening night, a thunderstorm and a downpour broke out, but the tents outside kept guests and staff covered and the festivities went on without anyone missing a beat.

Smith said he appreciated making connections with chefs who he hadn’t met previously in person. He added it was helpful because of the conditions of the ongoing pandemic that the majority of the crew had experience cooking at Indie Chefs events.

“Chefs are so involved in social media and media in general, you know, it's a big part of the media landscape these days,” Smith said. “So it was wonderful to have them in town and get the opportunity to meet each one of them and, you know, learn about them and what they're about and see them work and taste their food.”

The event was a celebration not only of food, Smith said, but the toiling and effort from chefs and their staffs that goes into creating cutting-edge culinary art.

“These are folks that have very difficult professions and work very hard,” Smith said. “And most of the time, not for a lot of money. And they put everything into what they do. I think that it's important that guests in general, whether it's in a venue like this or an event or at a restaurant understand what goes into that job and how much of themselves they put into their food. I think it's important to realize that the people you're supporting are the right ones to support.”