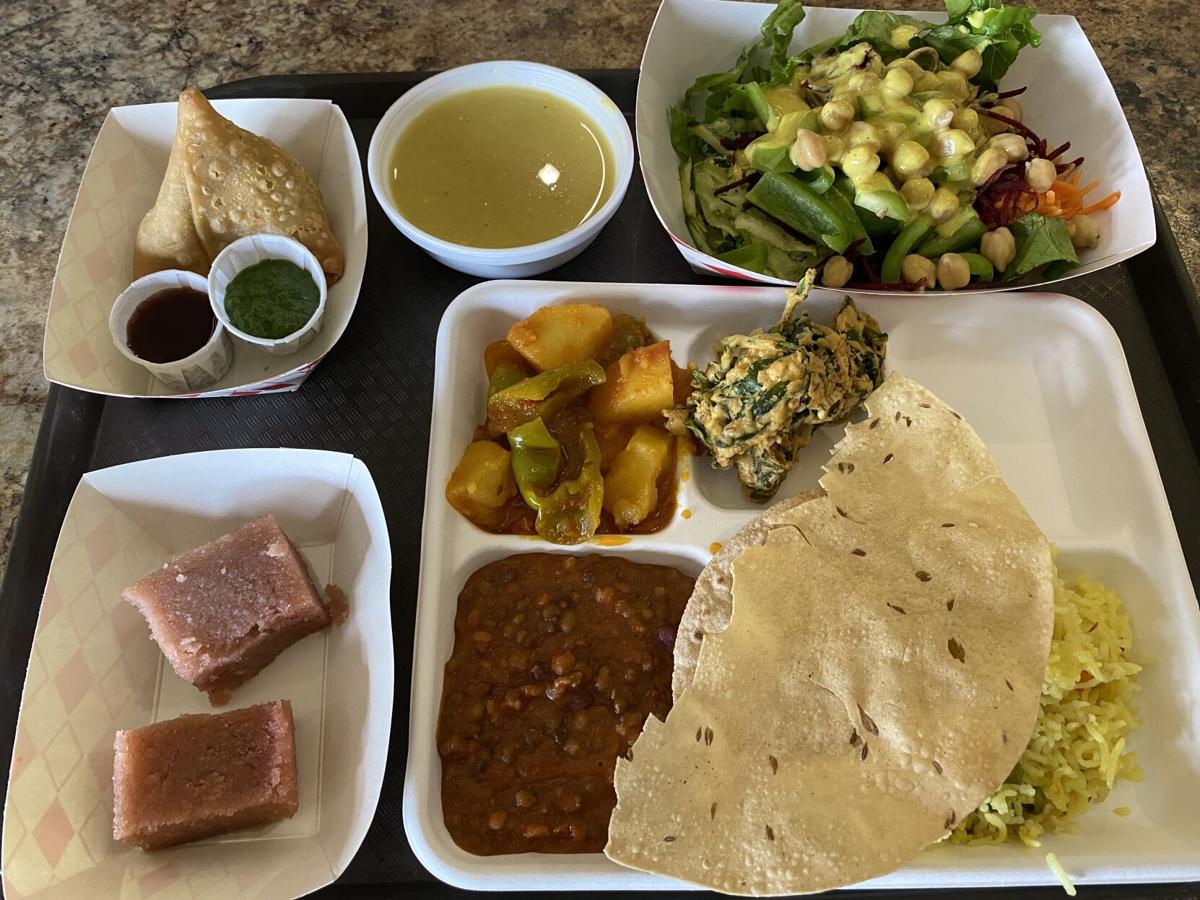 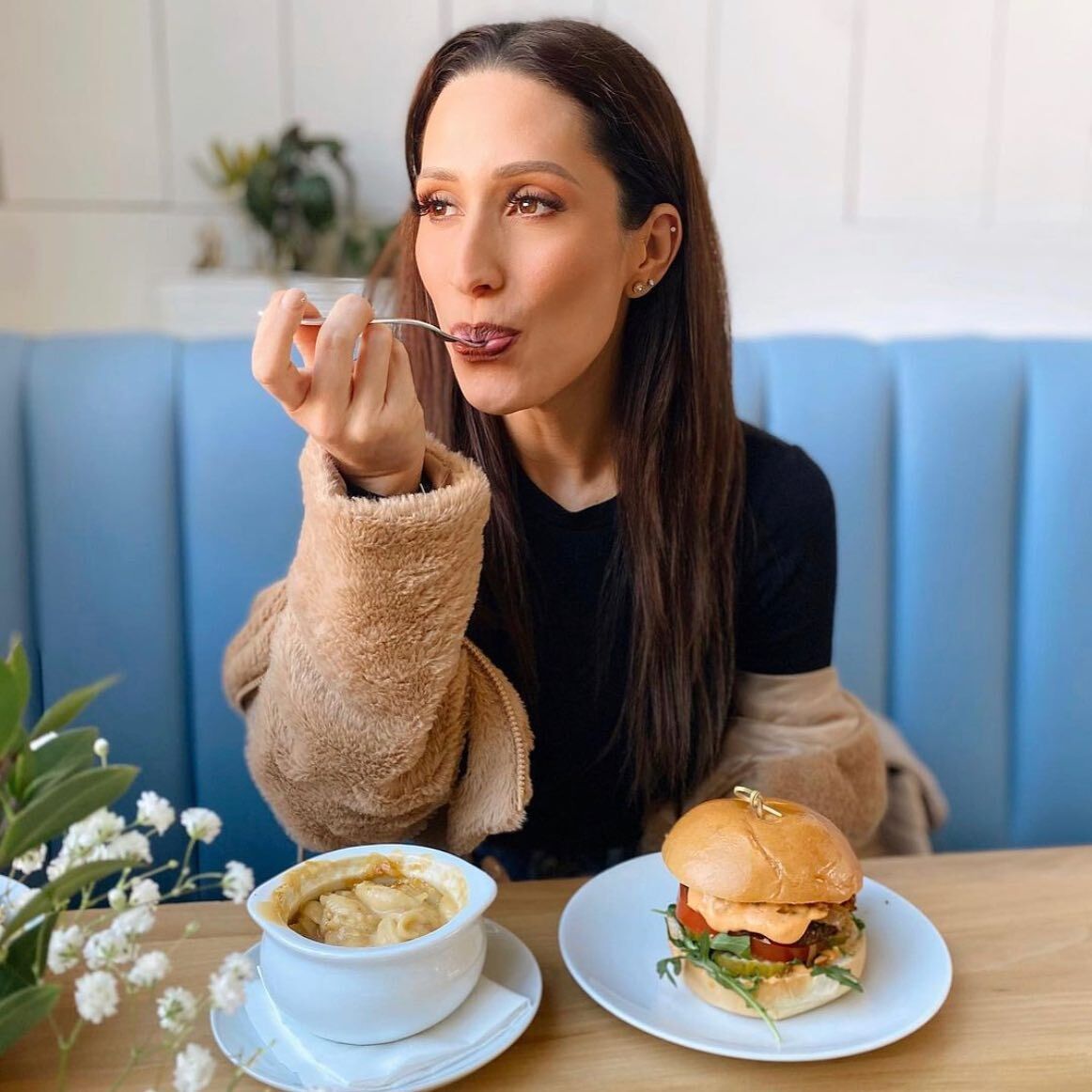 Any Gonzalez ordered the White Cheddar Mac & Bistro Burger during her visit to Verdine. (Photo by @anygonzalez)

Any Gonzalez ordered the White Cheddar Mac & Bistro Burger during her visit to Verdine. (Photo by @anygonzalez)

For those in the health-conscious dining community, finding a suitable place to eat can sometimes be a struggle. But things have changed dramatically over the last decade, and even in recent years, more vegan and vegetarian options have sprouted in the Greater Heights and become a part of mainstream foodie culture.

Stephanie Hoban, head chef and owner at Verdine, 449 W. 19th St. Ste. C-200, remembers when kale used to be nothing more than a decoration at the center of a buffet and veganism was a niche interest.

Hoban started out bringing her homemade vegan dishes to food truck parks and farmers markets as a side hustle while she worked as a dietician. She said she had been a vegetarian for several years before eventually becoming a vegan.

She said she traces the origin of the vegan restaurant boom in Houston back to about 2010, when she saw places around the city and locally in the Heights begin to open up and for existing restaurants to adapt their menu offerings to cater to vegan and vegetarian tastes.

One such place is Govinda’s Vegetarian Cuisine, 1320 W. 34th St., where owner Saranga Thakur Das has responded to an increasing interest in vegan options by making nearly his entire menu vegan, with rice pudding and saag paneer being two notable exceptions.

Das said his goal is to provide “spiritually satisfying food” and that often he will have vegan or vegetarian customers bring in family or friends who do not follow the same dietary restrictions.

Since Govinda’s opened five years ago, he said he’s noticed a boom in interest in vegan and vegetarian food purveyors. Das said the menu at Govinda’s rotates daily, and so he began hosting “vegan Sundays” where the menu was exclusively plant-based. As demand grew, he expanded to going 100 percent vegan Wednesdays and Fridays as well.

“Over the years, we have seen growth in terms of the clientele and people looking for fresh, healthy meals,” Das said.

Hoban said an influx of migration from other big cities like Los Angeles or New York have contributed to the area having a greater appreciation for health-conscious cuisine.

“I don’t think I had anything to do with it, but I was a part of that wave,” Hoban said. “My business has grown alongside that movement.”

Hoban said countering the perception that a vegan diet is a major limitation because of the lack of beef, pork, chicken and turkey is one of the biggest hurdles for chefs like her.

“One of the biggest misconceptions about going vegan is that because you’re removing four animals from your diet, that your diet is so limited,” Hoban said. “You’re now eating all of these beans and grains and vegetables that you probably wouldn’t have tried otherwise. It opens up your world, if you’re willing to expand to it.”

At Verdine, for example, one can order Maryland-style imitation crab cakes that are made with banana blossom or a bistro burger with a patty crafted from organic lentils, walnuts and mushrooms.

Hattie Vork, a franchisee of Clean Juice, 1051 Heights Blvd. Ste. 120, said the COVID-19 pandemic has resulted in an increase in people looking to boost their immune system by introducing juicing into their diet.

All of the juices she sells are vegan, and all of her salads are either vegan or vegetarian, she said.

Vork said she is a lifelong vegetarian who went vegan after becoming pregnant with her child.

“Some places it might be very difficult for vegans to order their food,” Vork said. “But there are restaurants in the Heights and the surrounding areas that are very vegan- and vegetarian-friendly.”

Jennifer Thai, owner of Awesome Bites Co.,a bake shop in the Sawyer Yards area, said that while Houston has made progress in becoming more accommodating to vegans and vegetarians, she said it has room to improve to catch up with major health-conscious hubs on the West Coast like Portland and Seattle.

Thai, who holds a bachelor's degree in economics from Rice University and a master's in business administration from from Duke University, said she has seen tangible signs of growth in terms of both quality and availability of vegan products.

“Ten years ago, vegan cheese was gross,” Thai said. “Now you can get vegan butter, and it tastes better than regular butter.”

She said the way to know that veganism and vegetarianism will have truly become mainstream will be when the conversation shifts from the assumption that it is a lifestyle anomaly to something that younger generations are adopting at much higher rates.

“Instead of people looking at you like you’re an alien from space when you tell someone you’ve never had Whataburger,” Thai said, “I think there will be a point where someone will be like, ‘You’ve never had oat milk? That’s weird, man.’”