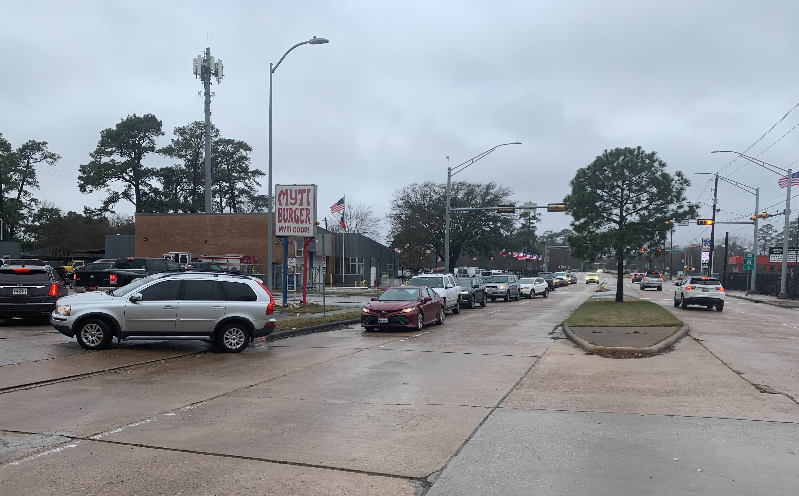 Community members waited in long lines earlier this week to place orders at MytiBurger, which remained opened at 2211 W. 43rd St. despite the winter storm that froze the Houston region. (Contributed photo) 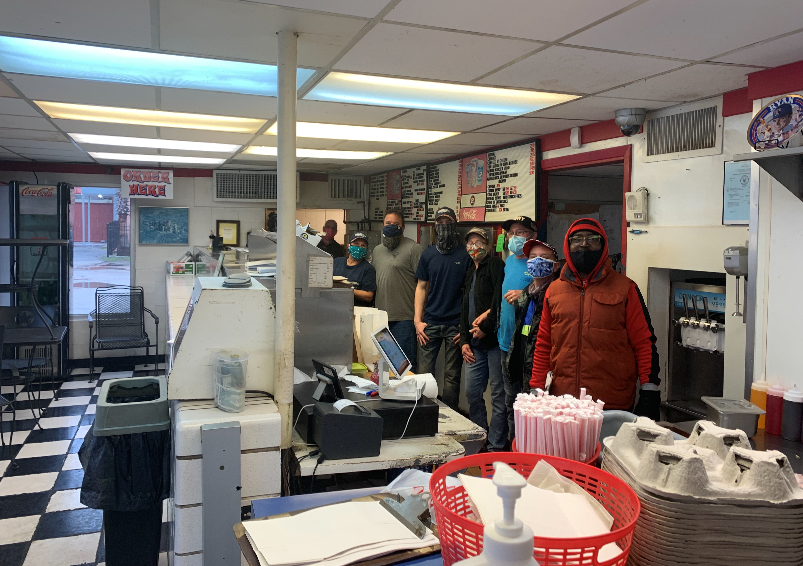 Community members waited in long lines earlier this week to place orders at MytiBurger, which remained opened at 2211 W. 43rd St. despite the winter storm that froze the Houston region. (Contributed photo)

Even when Houston shuts down during natural disasters, MytiBurger tends to stay open.

The no-frills greasy spoon at 2211 W. 43rd St. has been an Oak Forest-area staple since 1967, and current owner Shawn Salyers said it has a history of serving customers no matter the conditions. MytiBurger has operated during cold snaps, heat waves, floods and hurricanes, with Salyers saying his restaurant even opened on the night Hurricane Harvey flooded much of the city in 2017.

So while most of the surrounding community hunkered down earlier this week amidst freezing temperatures, power outages, a lack of running water and snowy, icy road conditions, MytiBurger kept its grills and fryers on and served hamburgers to drive-through customers on Monday, Tuesday and Wednesday – until its power went out at about 5 p.m. Wednesday.

The power was back on by Thursday morning, though, and Salyers said he would open again for lunch and dinner.

“I’ve been able to do it every time so far,” said Salyers, who bought the business in 2012 and said it was last forced to close during Hurricane Ike in 2008. “I get a good response from the community. It’s a rush.”

MytiBurger was among several local restaurants that continued to serve the community as it coped with a rare winter storm. Millie’s Kitchen & Cocktails also was open at 3542 Oak Forest Dr., as was Harold’s Restaurant, Bar and Rooftop Terrace at 350 W. 19 St. in the Heights.

Naro Mak, the owner of Hartz Krispy Chicken on Pinemont, said he had planned to serve drive-through and takeout customers on Wednesday while opening up his dining room as a community warming center. But the plan was foiled before 10 a.m., when the restaurant at 1215 Pinemont Dr. lost power.

“You win some, you lose some, I guess,” Mak said. “So far, it seems like everybody’s in good spirits. They’re frustrated and annoyed, but nobody’s worried about COVID right now.”

Because of the ongoing pandemic, Salyers said he decided to keep his small dining room closed to customers. MytiBurger still had lines of vehicles stretching around the property and even spilling onto 43rd Street and nearby T.C. Jester Boulevard on Monday, Tuesday and Wednesday.

Salyers said his business’ sales during that stretch were about five times higher than usual, which enabled him to provide extra compensation for his 10 employees who volunteered to come to work under less-than-ideal conditions. Among those employees was Linda Aguijo, who has been a longtime fixture at MytiBurger.

“She’s been here over 20 years and she always comes through during these emergencies,” Salyers said.

The MytiBurger owner also thanked his “lovely wife” for “holding down the fort” at their home in Candlelight Oaks, where the power had been going off and on and there was no water as of late Wednesday afternoon. He said he had to drive to Pasadena on Tuesday for hamburger meat, and he and his staff served customers until 7 p.m. on the first two days of the week.

Salyers planned to continue serving customers later in the week – as long as his power remained on.

“I don’t like sitting at home spinning my wheels. I find a way to get open,” he said. “Now that I’ve done it a few times (during natural disasters), I enjoy it. My employees like it, because I get to compensate them for these days pretty well, and they know the community gives them pretty good tips. We figure out a way to get it done.”