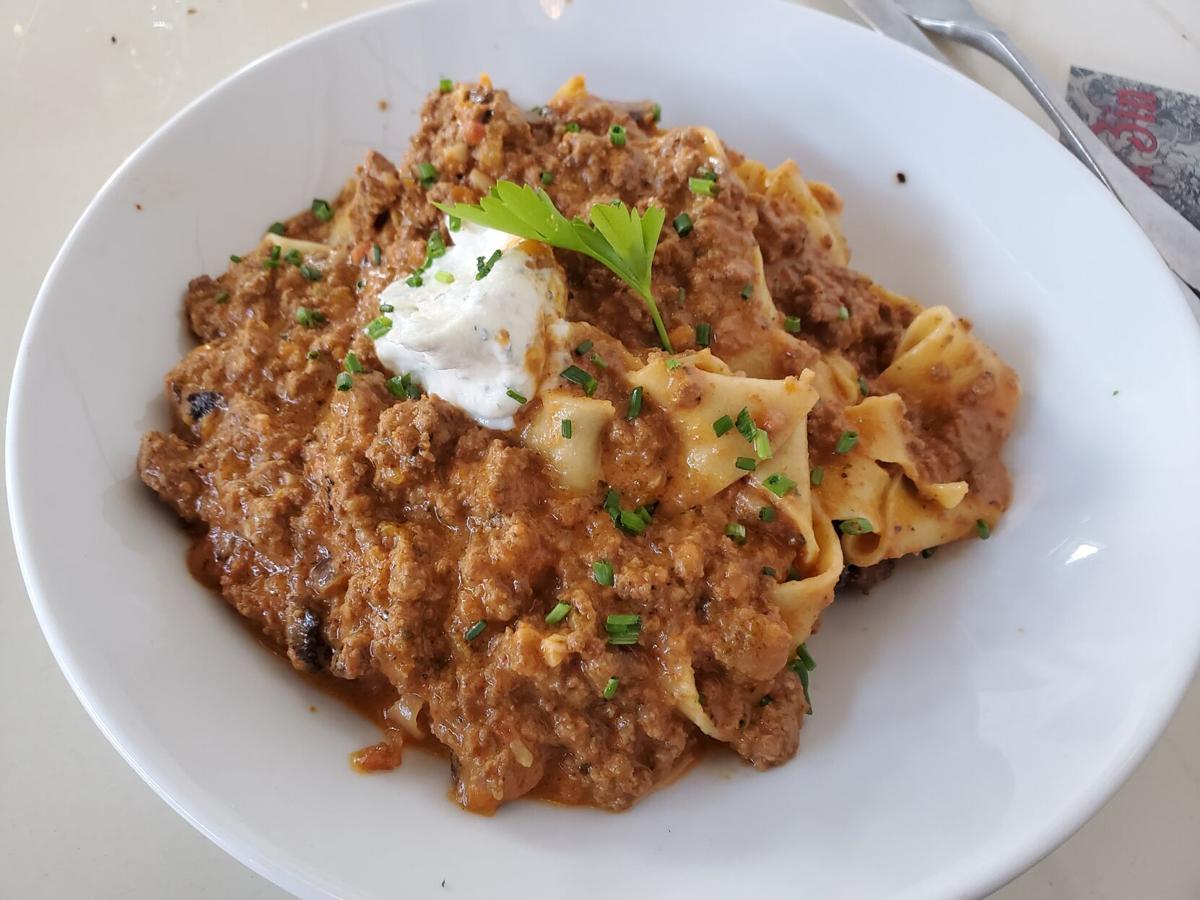 Pictured is the Wild Boar Bolognese from Porta'Vino. 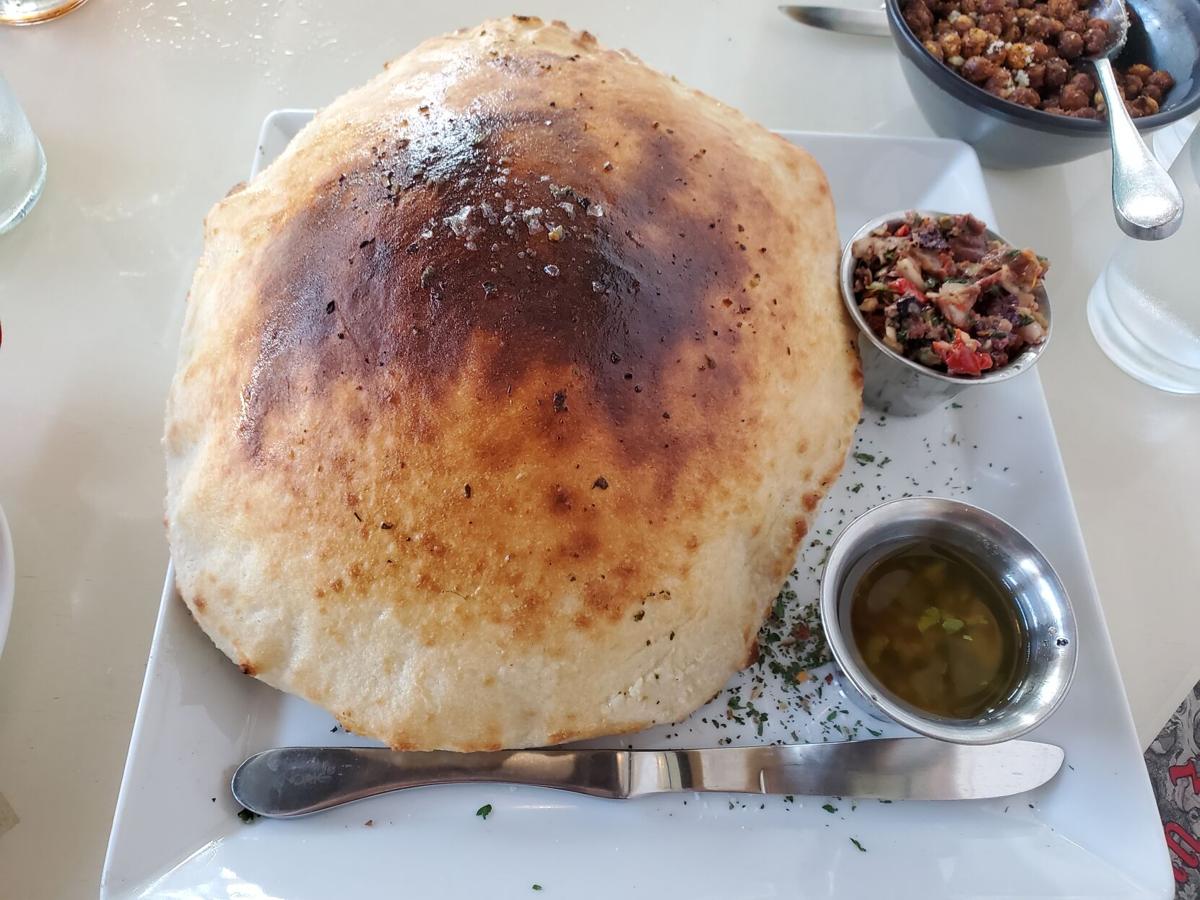 Pictured is the Balloon Bread from Porta'Vino. 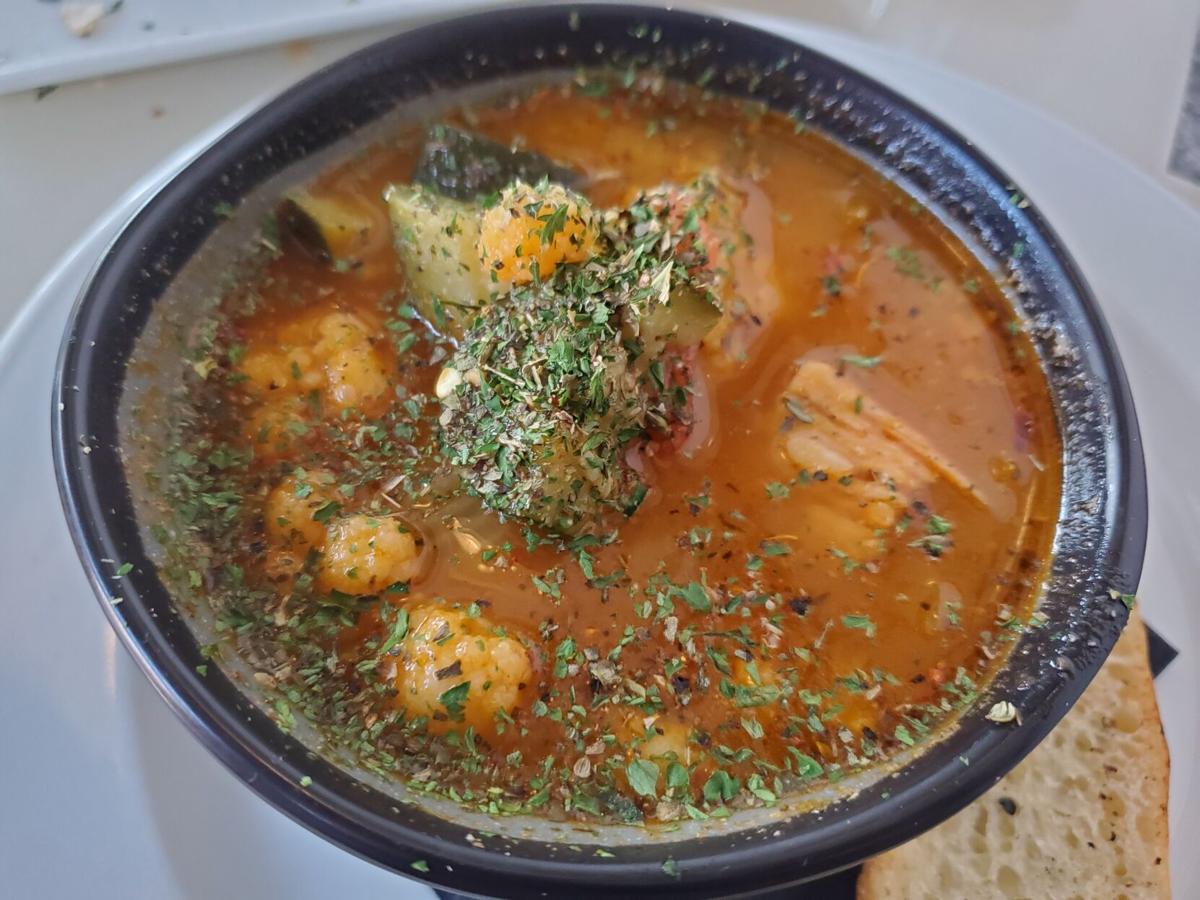 Pictured is the Chicken & Vegetable Soup from Porta'Vino. 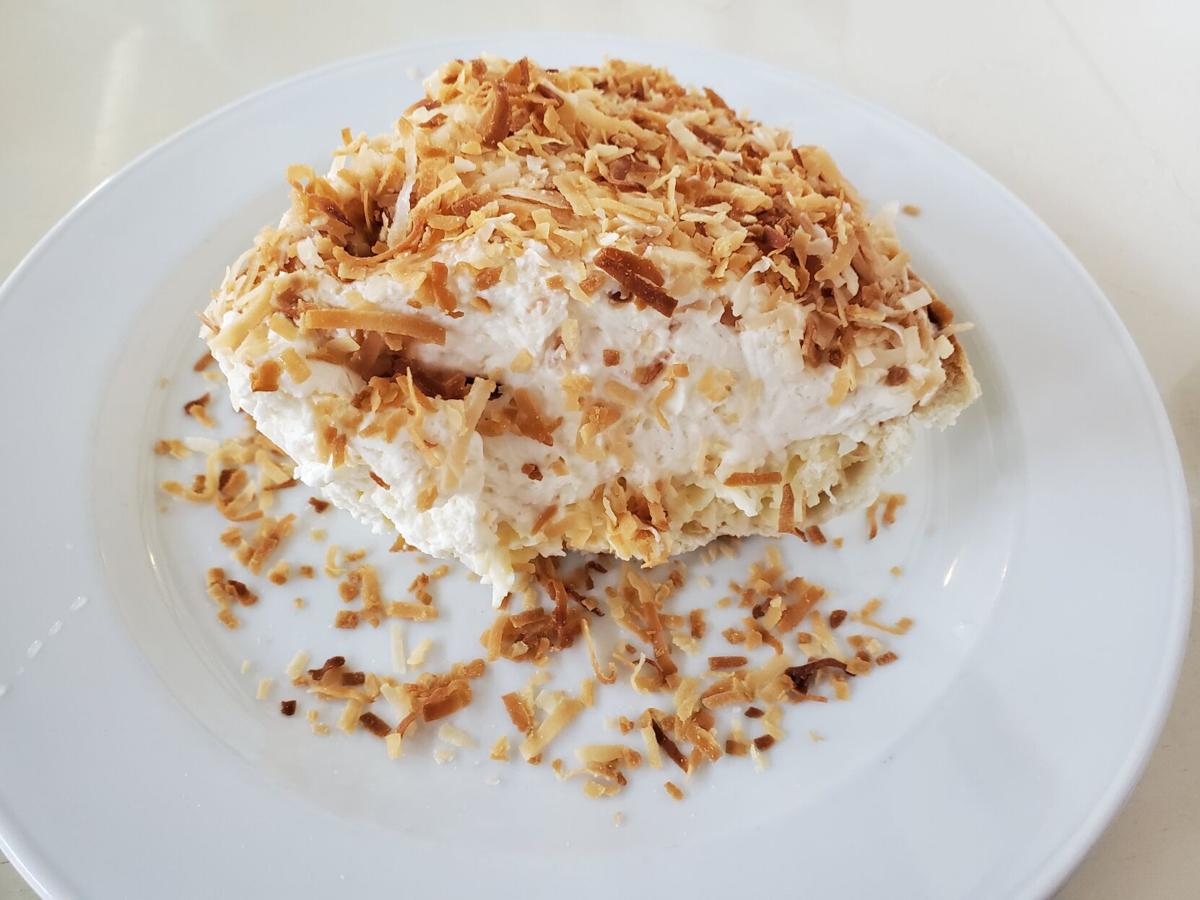 Pictured is the Coconut Cream Pie from Porta'Vino.

Pictured is the Wild Boar Bolognese from Porta'Vino.

Pictured is the Balloon Bread from Porta'Vino.

Pictured is the Chicken & Vegetable Soup from Porta'Vino.

Pictured is the Coconut Cream Pie from Porta'Vino.

The patio and dining room were both good options during my recent visit to Porta’Vino on Washington Avenue. The airy atmosphere bid me to choose to sit inside, and with windows letting plenty of natural light in, the space felt open and welcoming.

As I was looking over the menu, the server set down a small bowl of roasted chickpeas. It was an interesting change from the customary bread given at most Italian places. The chickpeas were seasoned and crunchy like a roasted nut. They induced my mouth to dry out, but with water already readily available on the table, I didn’t mind.

It was a nice touch to begin the meal. Not that I didn’t also have bread, because if it’s on the menu, I knew I had to get some for the table. There are two bread options, focaccia or “Balloon Bread.” I went with the latter, which was an herb-seasoned puffed loaf.

When it came out, it was like a fresh hot balloon that deflated upon my ripping into it. The herbs seasoned the bread just enough for the flavor to be there but not overwhelm the bread. The outer edges were soft and doughier, while the middle was crispy.

I also could not resist trying out Nonna’s Chicken & Vegetable Soup, made with fresh vegetables, grilled chicken, Arborio rice and fresh herbs. It was delicious from the first sip. The broth, which seemed to have a light tomato base, was a little spicy, the vegetables were cooked thoroughly and the chicken tasted fresh. The vegetables were zucchini, carrots, onions and cauliflower.

It’s the type of soup I’d eat anytime just because of how good it was.

At the recommendation of the server, I ordered the Wild Boar Bolognese, made with mushrooms and pappardelle, which are noodles that are long, flat and about an inch wide.

I’ve never seen wild boar as part of a pasta dish, so I was immediately intrigued.

The Bolognese sauce was a muted brown atop the pappardelle. The wild boar didn’t actually taste all that different to me than regular beef, it just had more of a pork flavor. It was also ground up pretty small, so I never got a huge chunk of wild boar, but within the sauce it added a strong, somewhat nutty taste.

I also sampled some of the Spaghetti & Meatballs, made with beef meatballs, garlic, red sauce and parmesan. Garlic here is really the main ingredient, and I’m not mad about it. It was like the whole dish was infused with garlic and I realized this is what I want my spaghetti to always taste like.

The meatballs were also impressive. The meat was savory and a perfect addition to the top of the noodles.

I enjoyed both pastas, but I favored the spaghetti.

The coconut cream pie was also heralded as a must-try item, so I complied. The cream filling was mixed with coconut and topped with a huge layer of whipped cream and topped with toasted coconut. It may have been a coconut pie, but I was glad to find there wasn't too much coconut. There was a good balance of cream and coconut. The crust was soft -- less of a crust and more of a light bread.

I look forward to my next visit, and my next plate of spaghetti.

Star of the show: Spaghetti & Meatballs