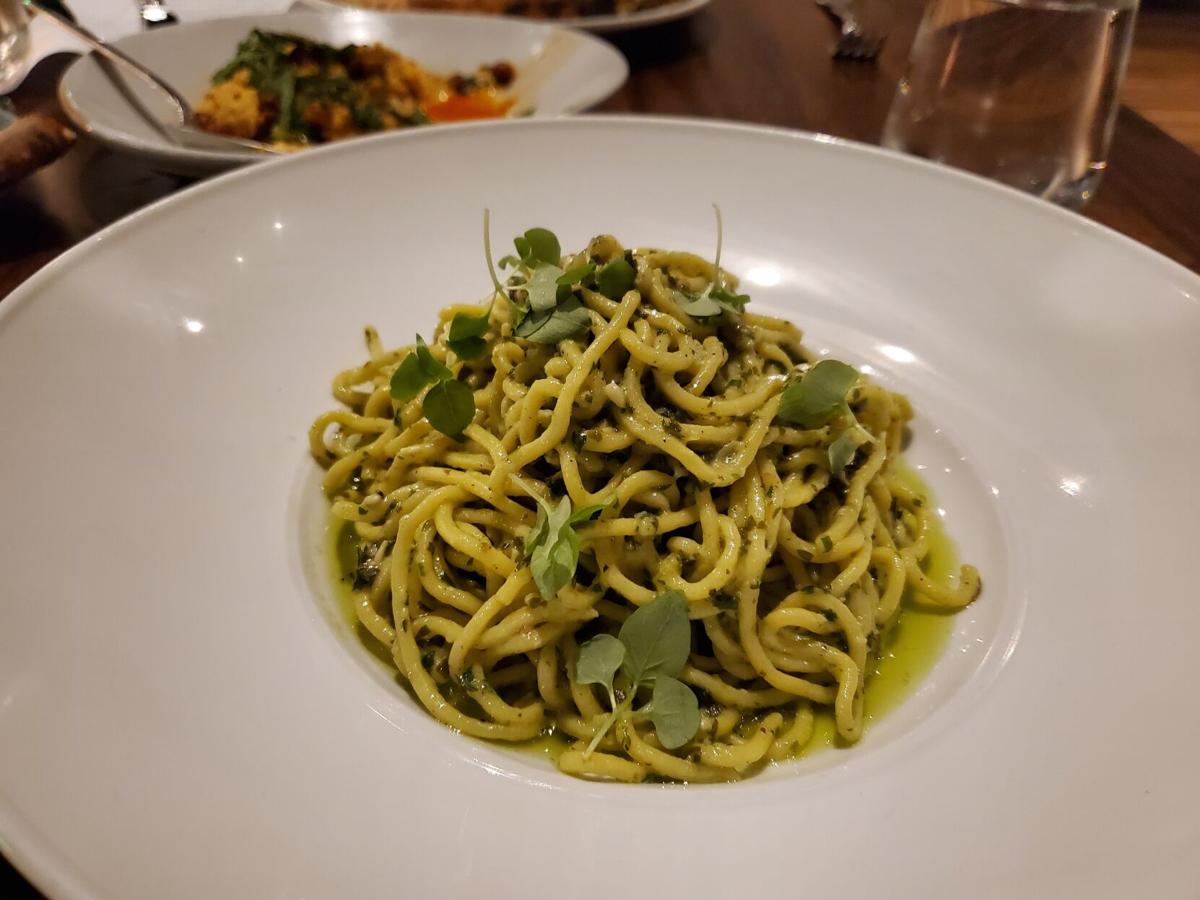 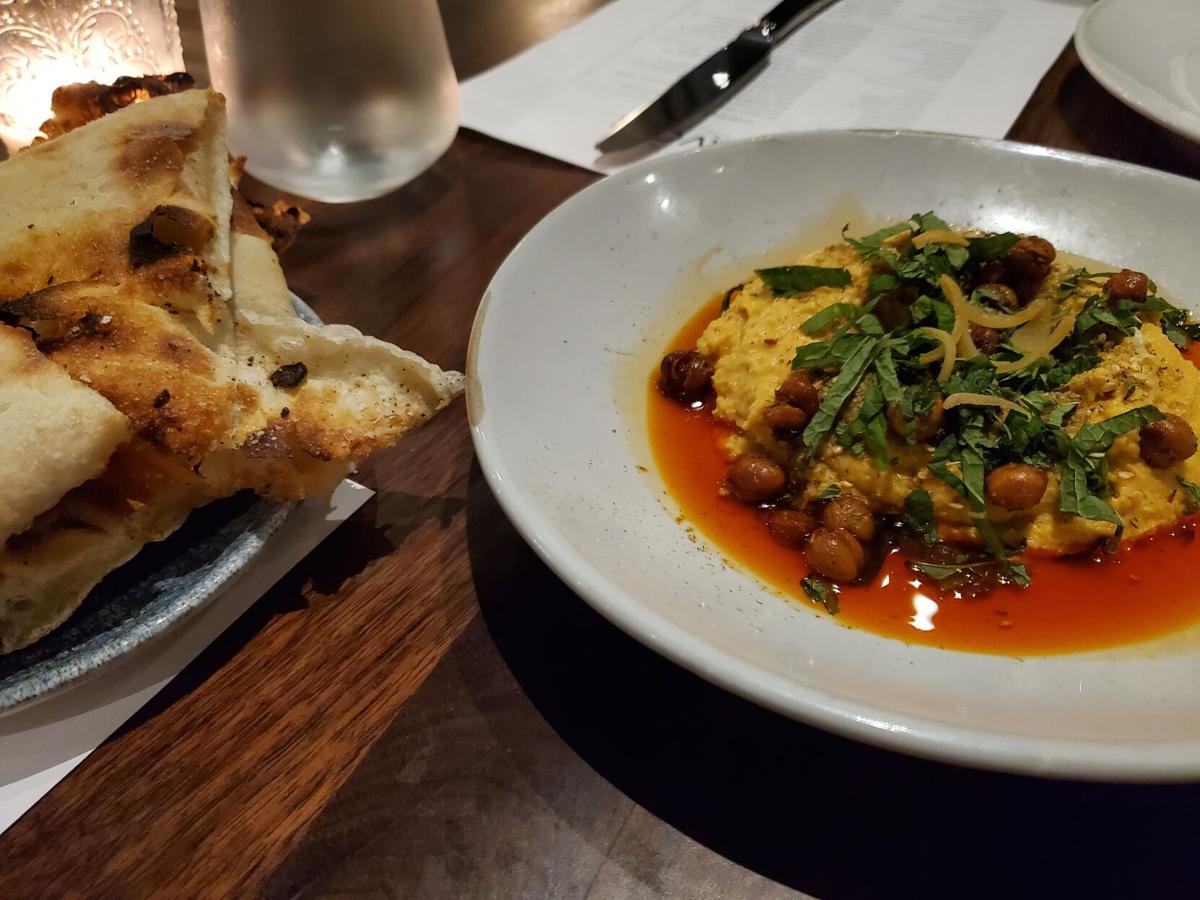 Butternut squash and chickpea hummus with flatbread from Savoir. 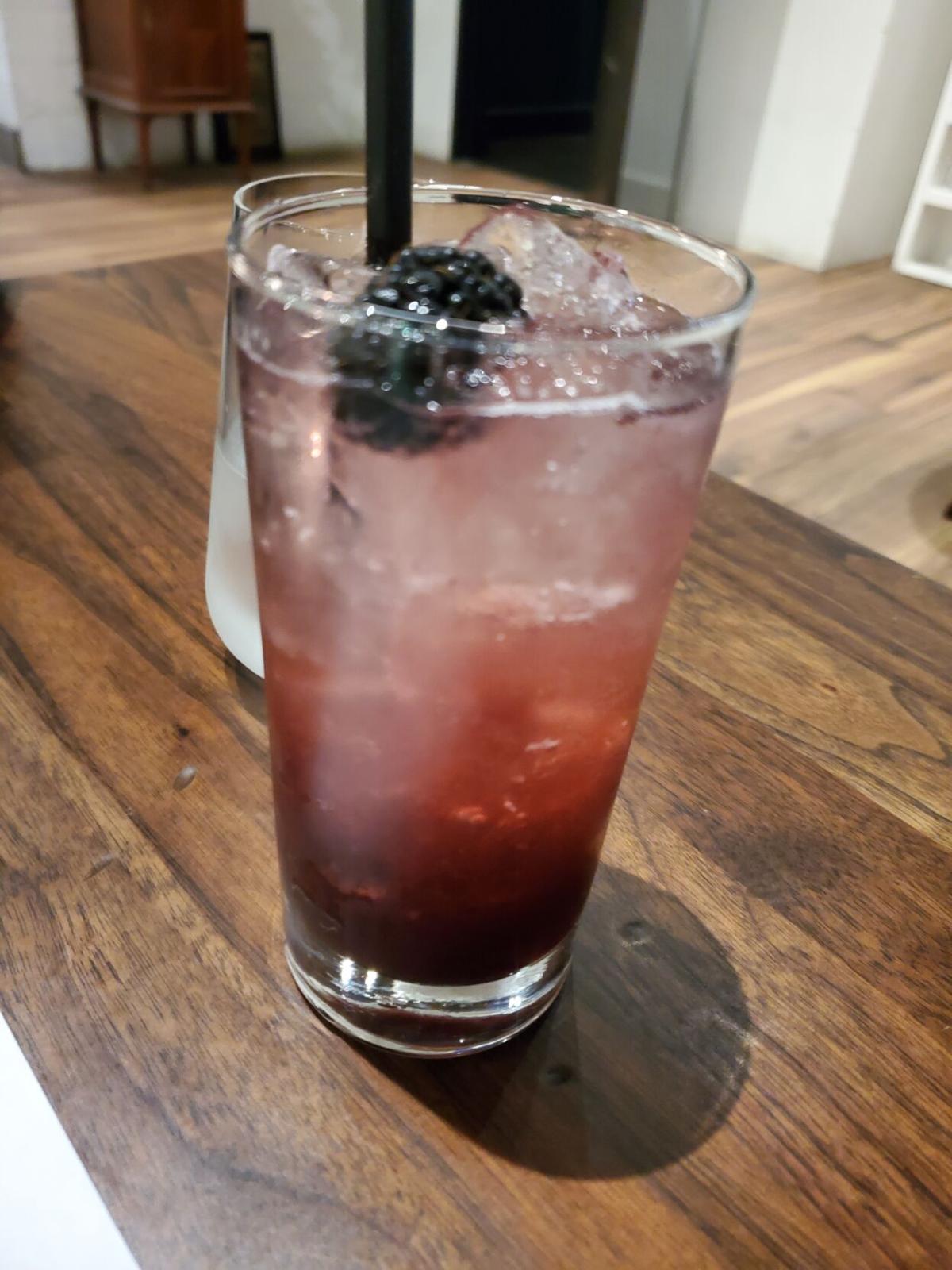 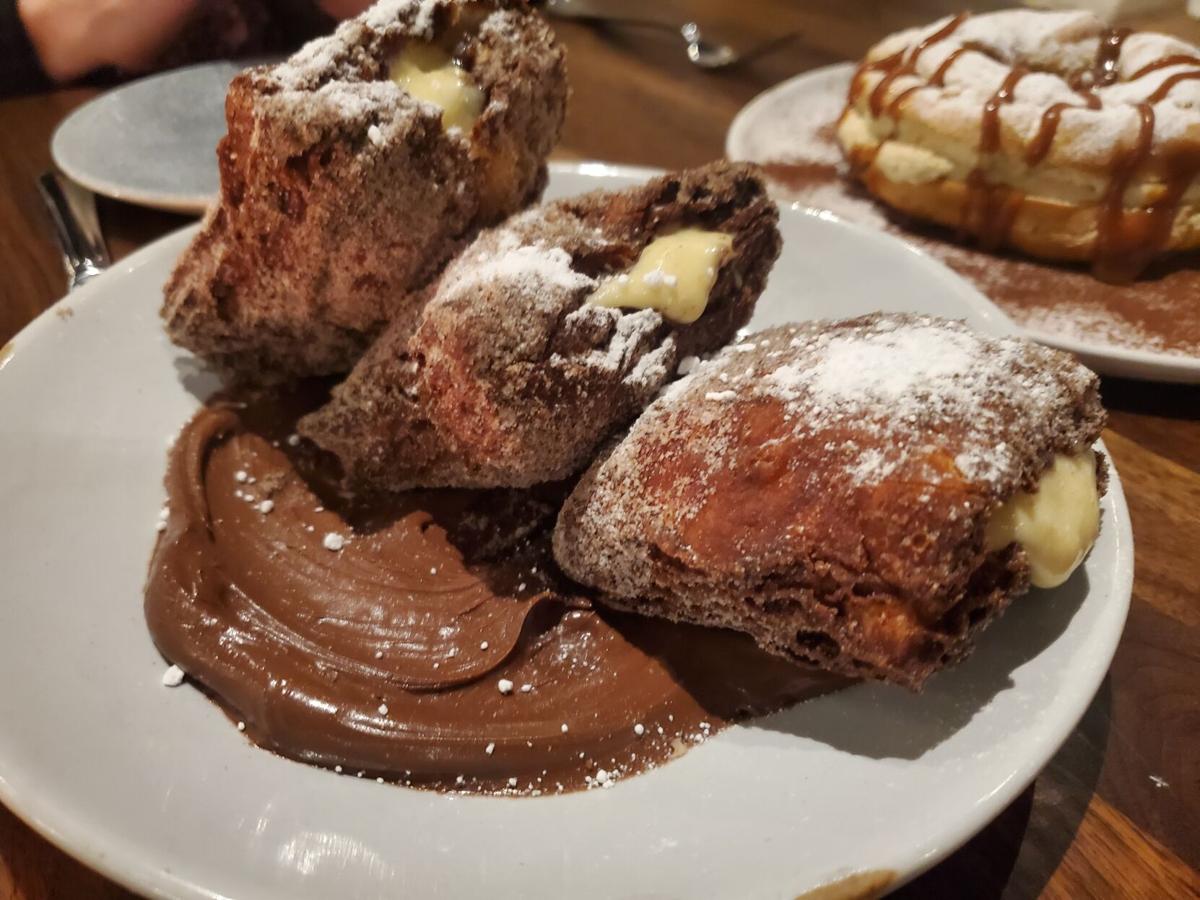 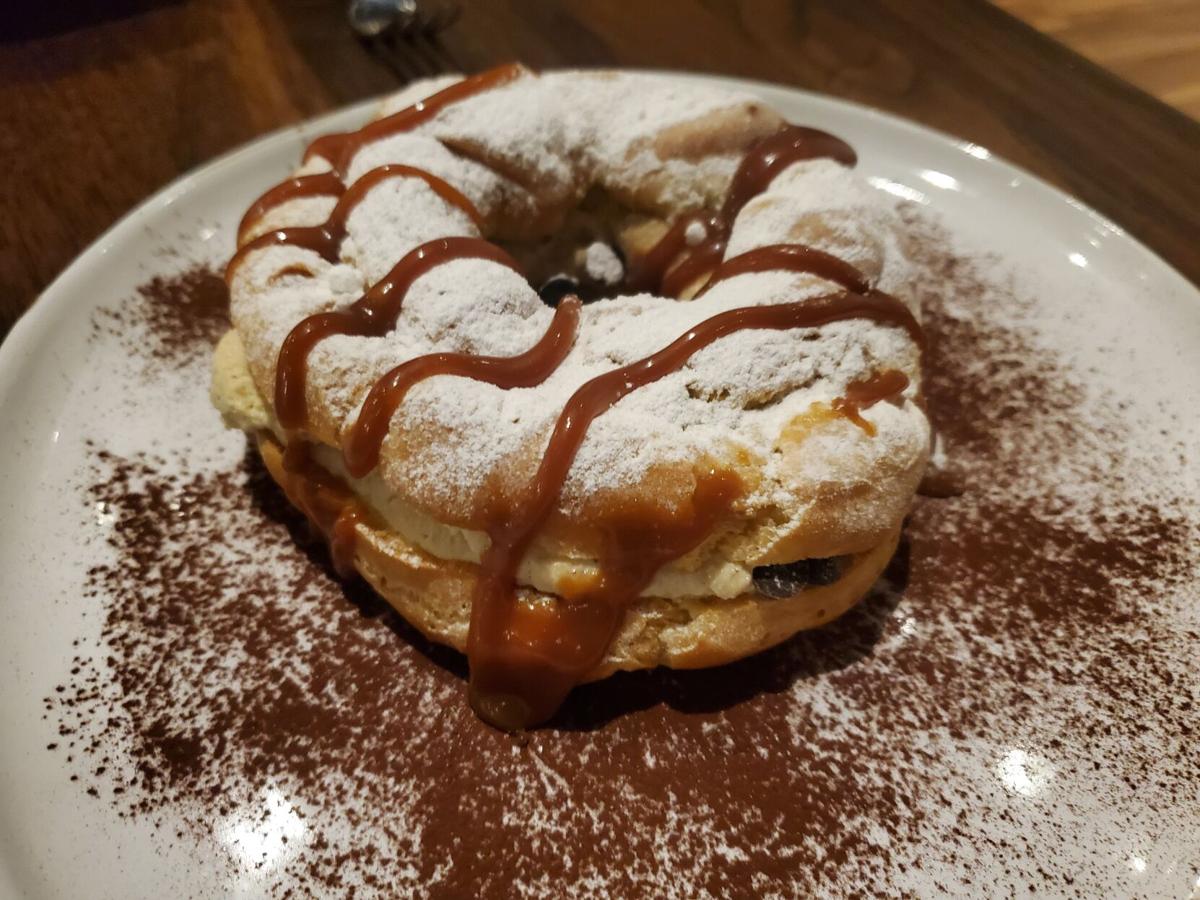 Butternut squash and chickpea hummus with flatbread from Savoir.

The gray brick building on the corner of Yale Street and 14th Street houses the quaint restaurant Savoir.

I noticed two things right away when I pulled open the wide glass door at the front entrance to the restaurant: The space has three different inside seating areas, separated by glass windows, plus a patio, and there was a good amount of people dining for a Tuesday night.

Each space seemed to be designed to give patrons a different experience. At the entrance is the bar area with booth seating, perfect for grabbing drinks with friends. Then the path leads into an area of log booths with tables and chairs on the other side. This is where I had dinner, and I thought the dim lighting and candle lit on the table gave the space a relaxed atmosphere.

The next space was surrounded by glass walls and a little more brightly lit. The tables boast of nice comfortable chairs and looked like a space I’d love to have brunch in. The patio allowed for a laidback space ideal for ordering the burger or brisket grilled cheese.

While the setting of Savoir seems upscale, I also think it’s a place where anyone would feel comfortable.

I started my dinner off with a mocktail. The Heights Bramble is blackberries, botanicals, lemon and Topo Chico. What I loved about it was that even though it was a fruit drink, it didn’t taste overly fruity or sweet. The blackberry was present, but slightly muted due to the botanicals.

The Roasted Hummus served as the appetizer. It was butternut squash and chickpea hummus with za’atar, mint, preserved lemon and house flatbread.

The butternut squash gave the hummus an earthy, nutty flavor. The flatbread was amazing. Part of it was crispy and other parts soft and dense. There was a sprinkling of salt over the top that had me constantly reaching for the bread.

For dinner I ordered the Basil Pesto, which is house-made spaghetti, basil pesto and preserved lemon.

The noodles were dense and had absorbed the basil pesto. Every bite was full of flavor, which was really rich in herbs, as well as salt from the cheese included in the pesto. The portion size didn’t seem like much, but I ended up taking enough home for lunch the next day.

As much as I enjoyed the Basil Pesto dish, I was really hooked by the dessert, of which my tablemate and I ordered two to share. I don’t recommend doing that, because one dessert was more than enough to share.

One dessert was the Cinnamon Sugar Cronuts, which are filled with rum and bananas foster cream. And the cronuts rest on a layer of Nutella.

The dough on the cronuts had a similar taste to the flatbread, just covered in cinnamon sugar and filled with the cream. Biting into it was like eating cinnamon toast with sweet banana cream. I loved the combination of cinnamon and banana.

The only downside to this dessert is that after eating an appetizer and dinner, it felt heavy because of the breading.

The other dessert was the Paris Éclair, which debuted on the menu the night I picked to dine at Savior. Lucky me! It’s made with pâte à choux, a type of pastry, espresso mousseline, chocolate chips, caramel drizzled on top and cocoa powder sprinkled around it.

The pastry in this dessert did the opposite of the cronuts. It made the dessert feel light, which made me feel like I could eat more of it. The espresso mousseline was my favorite part. It added a coffee flavor without overpowering the whole thing.

While the dessert had chocolate chips, I will admit my chocolate-loving taste buds wanted more chocolate incorporated.

With Valentine’s Day coming up, I’d say Savoir would turn out to be a pretty great spot for a date night. Just don’t let the small parking lot deter you.

Star of the show: Paris Éclair

It sounds good. Is this at the former location of Happy All Cafe?