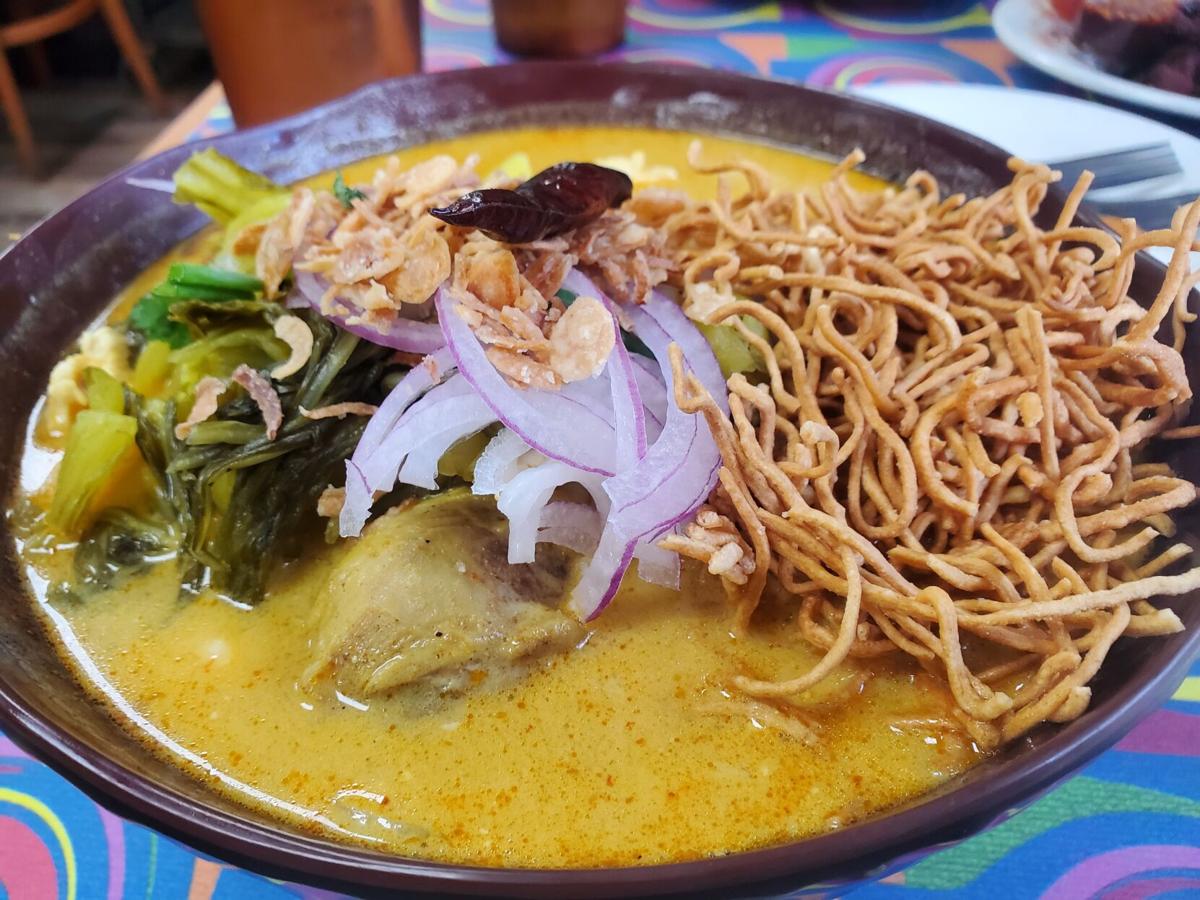 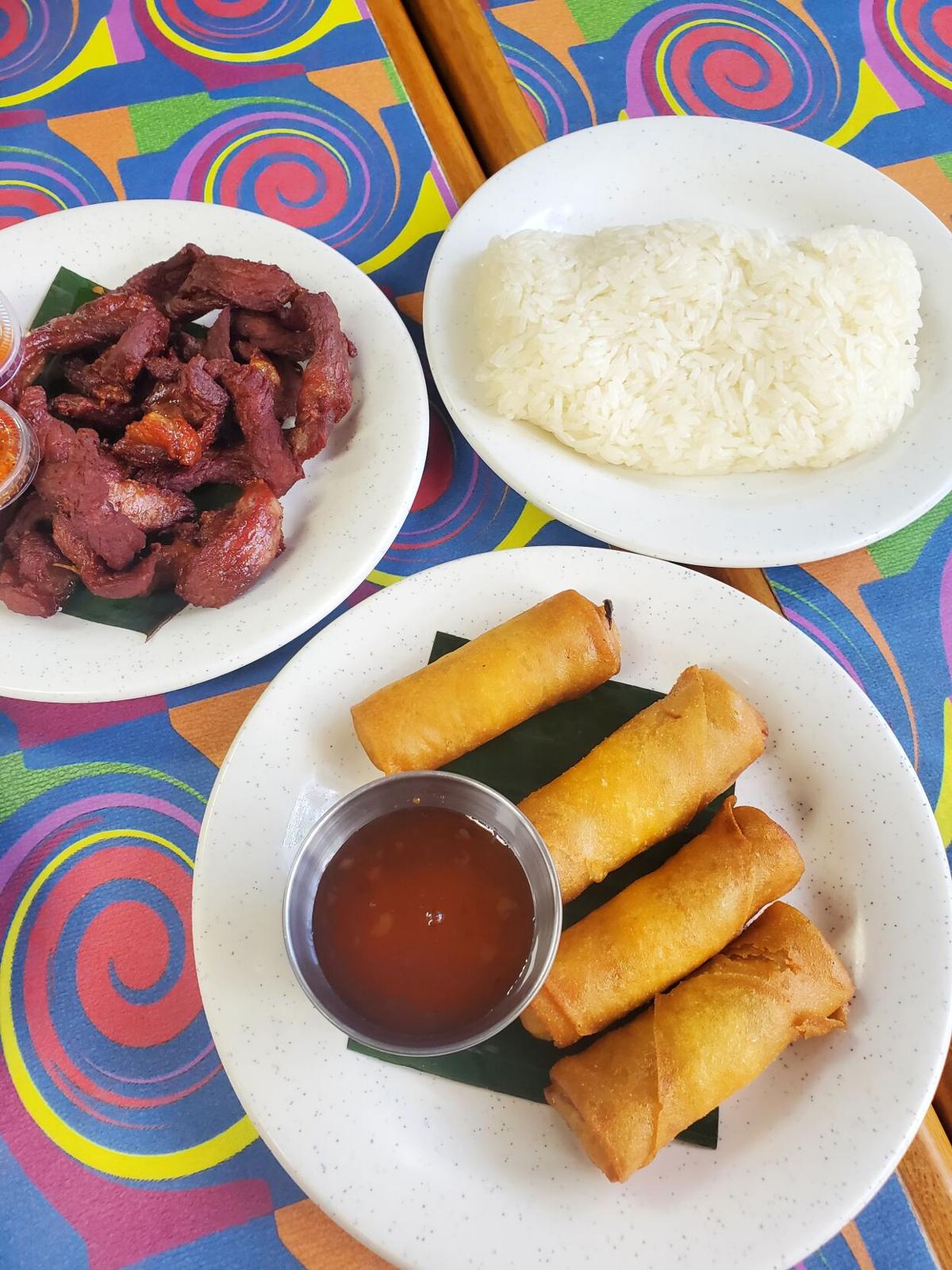 Part market, part restaurant, Street Food Thai Market is easy to drive by without noticing on Cavalcade Street. But if you do that, you’ll miss out on some of the best Thai food in the area.

When I dropped by the restaurant for lunch recently, I ordered two starters for the table: The egg rolls, which were four rolls filled with vegetables, and the Nuar Tod, which is a beef jerky that came with sticky rice.

The egg rolls were fried and crispy, with only a little bit of grease. The thick skin of the roll didn’t get in the way of the shredded vegetables inside it, like cabbage and carrots.

The Nuar Tod reminded me of fajita beef, but it was smaller and cooked more to give it that “jerky” taste. The meat was maybe a centimeter thick at its thickest section, and while it had that jerky component, it wasn’t hard to bite through. The sticky rice came on the side and while there wasn’t much too it, I like what it added.

After asking the server what was popular and what she recommended from the menu, she pointed me toward the “All Time Favorites” section and, more specifically, to the Khao Soi Gai, which is curry noodles with chicken. I was not disappointed.

Egg noodles are simmered in a coconut soup with chicken and topped with pickled mustard greens, onions and fried shallots. Though most of the chicken in the soup was boneless, a chicken leg was kept in.

Though I’m sure the curry was spiced with many seasonings, I most noticed cumin, coriander and ginger. The chicken was tender, but really took a backseat to the noodles and broth. My favorite part were the fried shallots, which gave a forkful of curry soaked noodles some crunch.

During lunch I also sampled the Pad Thai, which had also been pointed out as a popular choice. It had a great balance of sweet and savory, and I would say it was one notch more on the sweet side, but I think I liked it more because of it.

I also tried a small amount of fried rice, which I liked best because it wasn’t dry at all, which I’ve experienced some places. It had a slight sweetness to it, and I particularly liked the way it was flavored — with fish sauce instead of soy.

What impressed me about the entrees is they all came out piping hot, which clued me in that they were fresh.

Next time I crave Thai food, this is the place I’ll go.