The cost of building a home in Houston – or adding to an existing residential property – figures to soon increase.

The City of Houston plans to require increased stormwater detention capacity for single-family residential lots with more than 65 percent impervious cover, effective March 31, according to documents drafted by Houston Public Works and department director Carol Haddock. As part of the upcoming changes to the city’s Infrastructure Design Manual, the minimum lot size subject to stricter detention standards also will be reduced by half.

Whereas residential lots measuring at least 15,000 square feet have been treated as commercial properties for the purposes of stormwater detention, the new standards will apply to residential lots of at least 7,500 square feet. Such lot sizes are common in neighborhoods such as Garden Oaks, Oak Forest, the Heights and other nearby subdivisions. 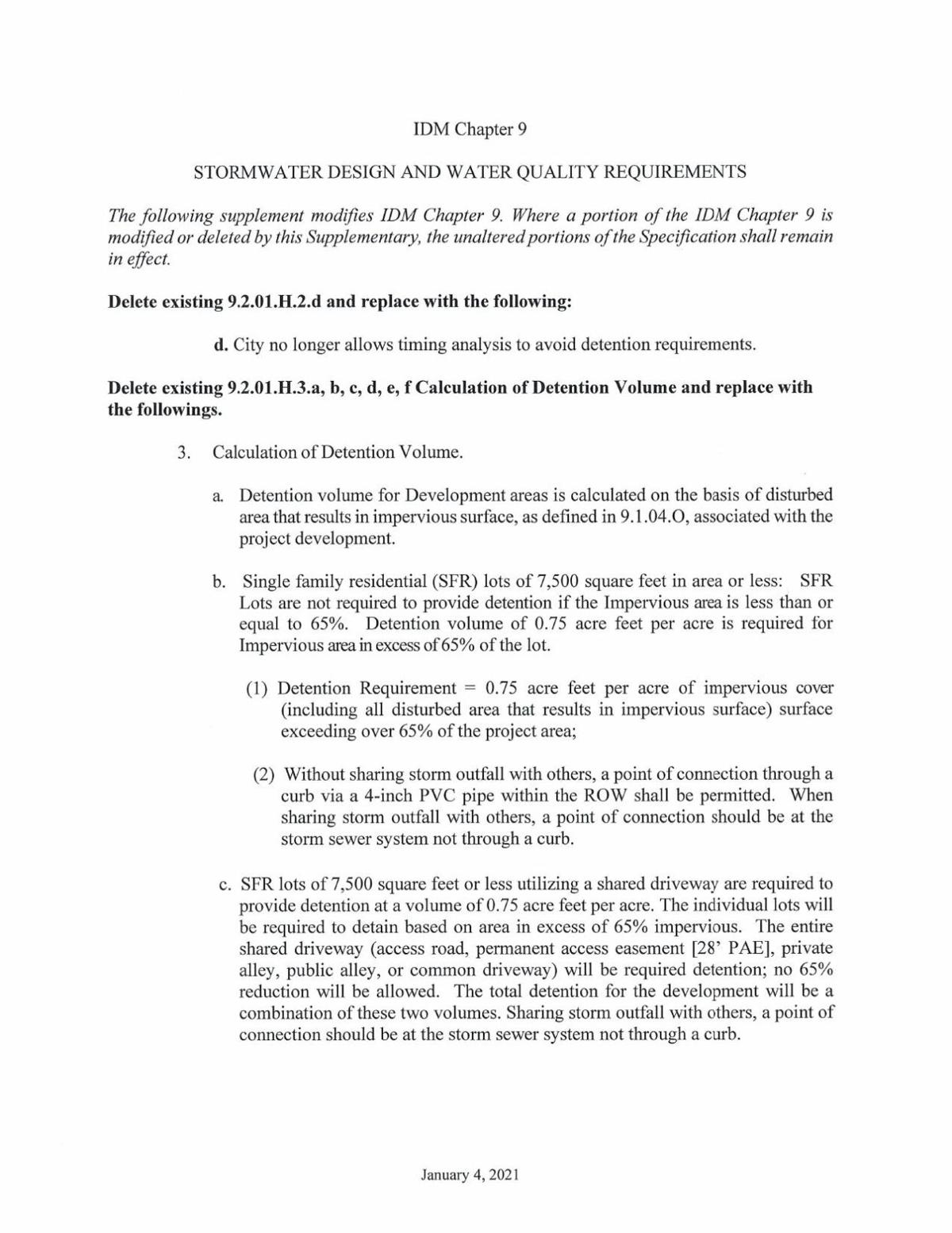 Schroeder said the planned changes to Chapter 9 of the Infrastructure Design Manual (IDM), which covers stormwater design and water quality requirements, aim to reduce flooding risks and are in response to a 2020 interlocal agreement with Harris County. The city’s plan, per the IDM supplement dated Jan. 4 and signed by Haddock, calls for a base detention rate of .75 acre feet per acre for lots that are at least 7,500 square feet or have impervious area in excess of 65 percent of the lot.

Such a detention rate means that for every 1,000 square feet of impervious cover, which would be structures such as a house, swimming pool, patio or slab of concrete, 750 cubic feet of detention would be required. Detention infrastructure, which collects water and temporarily holds it before slowly releasing it, could be in the form of ponds, rain barrels or underground culverts or pipes.

The upcoming detention rules would apply to new construction as well as additions or modifications to existing structures that impact the amount of impervious area on a lot. The city will require drainage plans to be submitted for review.

“This will greatly impact homebuilding inside the city,” said a Houston homebuilder who asked to remain anonymous. “Detention’s expensive.”

Detention also will be required for lots with a shared driveway, even if they are less than 7,500 square feet, which would apply to townhome developments throughout the area. And the city will no longer allow tracts greater than 1 acre in size to be subdivided for the purposes of reducing stormwater detention requirements. 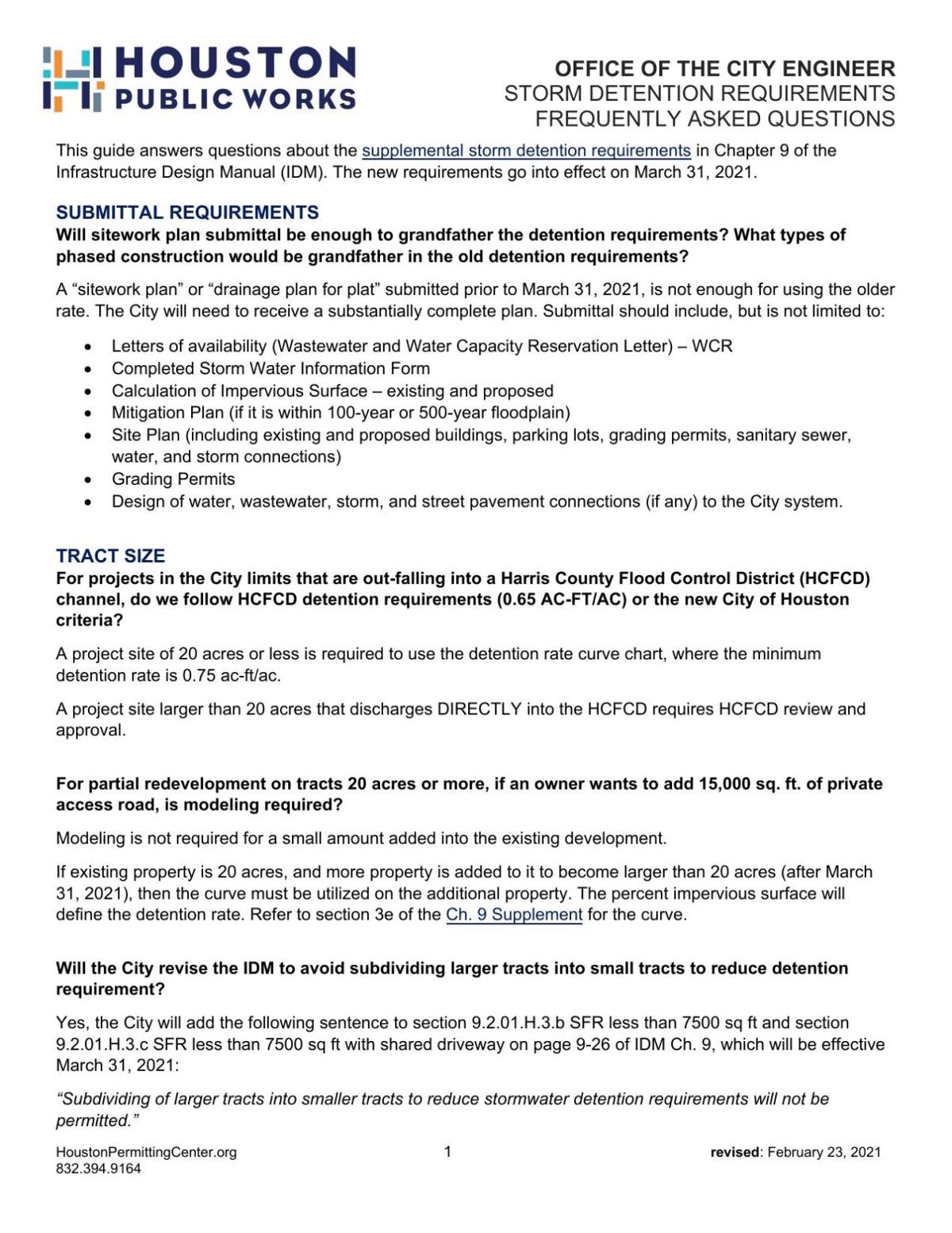 But in a Frequency Asked Questions document dated Feb. 23, the public works department said the city is considering a program in which a fee could be paid in lieu of meeting detention requirements. Such a program would apply to single-family development, redevelopment and structure additions, although the city said, “A timeline for this program is not yet defined.”

The homebuilder said the upcoming changes are “scaring some people” in the real estate world. Schroeder said she has seen a recent spike in applications for building permits as Houstonians catch wind of the upcoming detention requirements and try to get projects approved before they go into effect.

“People will figure it out and make it all work,” the builder said.