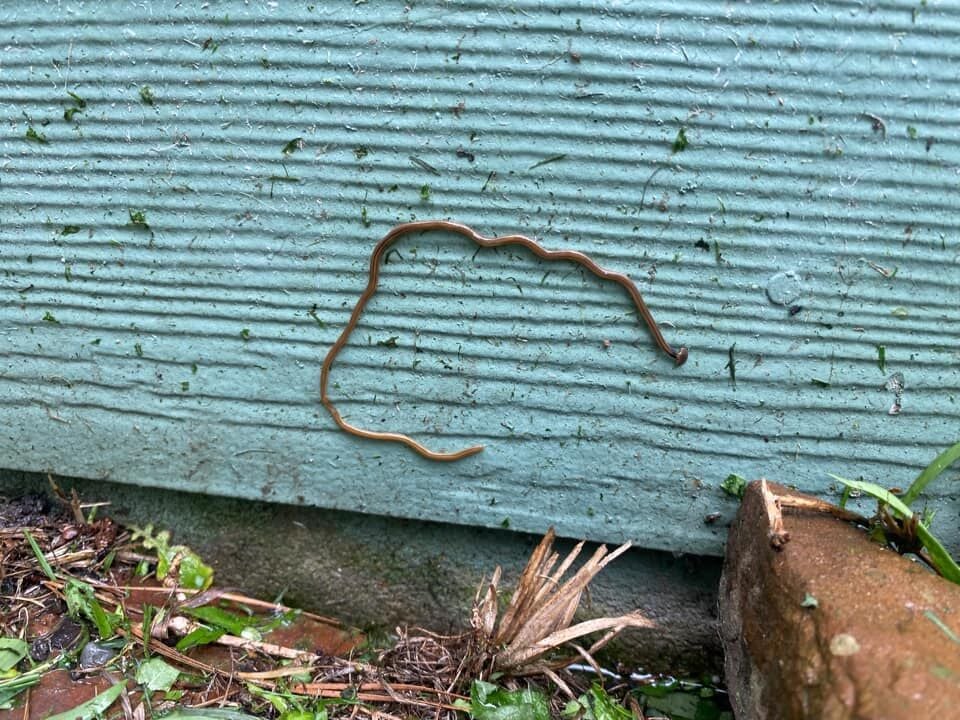 Oak Forest resident Allison Cantwell found a hammerhead flatworm recently and was unaware of what to do with it. 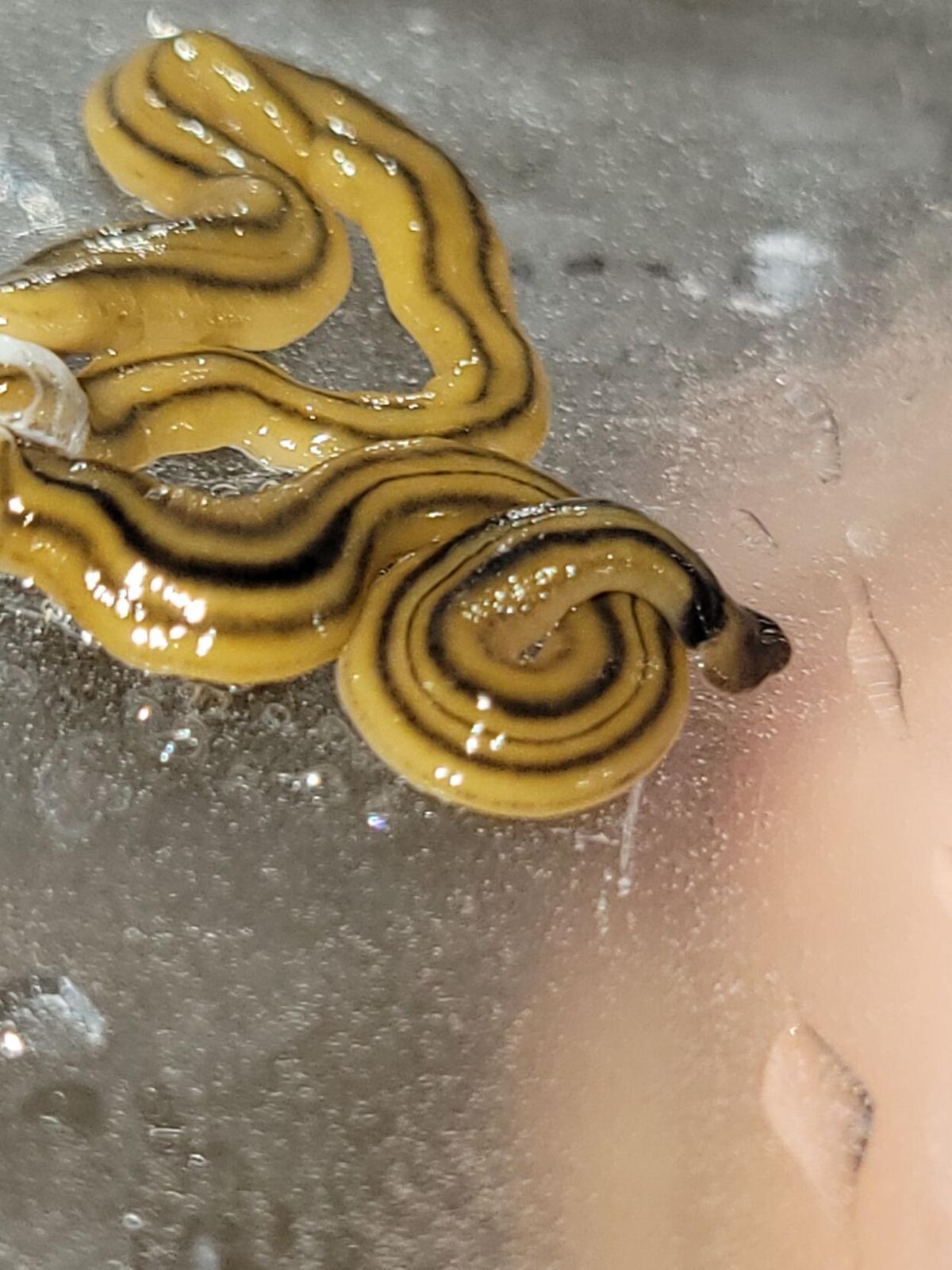 Oak Forest resident Allison Cantwell found a hammerhead flatworm recently and was unaware of what to do with it.

Recently, the Texas Invasive Species Institute announced a new invasive species of hammerhead flatworms being found in the Houston area.

When many Oak Forest and Garden Oaks residents saw a picture of the worm, they claimed this worm has been around for decades. And they’re half right.

Ashley Morgan-Olvera is the director of research and education/outreach for the Texas Invasive Species Institute at Sam Houston State University. She said one species of invasive hammerhead flatworms, Bipalium kewense, has been found in the Houston area since the 1990s, and it’s possibly been around even longer.

Morgan-Olvera explained that what makes a species classified as invasive is its ability to cause harm in an environment where it is not native. That harm can be done to natural habitats, crops, economies or even animal and human health.

“The hammerhead flatworm causes harm primarily by being a predator of earthworms, which are necessary to enrich our soils for the survival of our gardens, crops, rangelands, prairies and forests,” Morgan-Olvera said.

In addition to feasting on earthworms, hammerhead flatworms also secrete noxious chemicals as a defense mechanism. If an animal were to eat one, it would make the animal nauseous and sick. The chemicals can also cause irritation on some humans.

The hammerhead flatworm has been spotted in local neighborhoods, including the Heights, Oak Forest and Garden Oaks. If a resident sees one, Morgan-Olvera said it’s important for them to know how to properly dispose of it.

“Flatworms are known to reproduce by splitting, so it’s important to remove the whole creature from your property and do not cut it into pieces—they will regrow into new flatworms within a week,” Morgan-Olvera said. “To properly dispose please use gloved hands, paper towel or even a stick to pick up the flatworm and place it in a Ziploc baggie or container with some salt and throw it away. If you notice several flatworms in your yard, please place as many in that bag as possible before throwing it away. As long as the bag is kept sealed, it can be used until full.”

Morgan-Olvera also said that if there are a lot of snails, slugs or flatworms consistently on your property, you can use Diatomaceous Earth, an organic compound, in the yard, flower or garden beds because it dries out the surface level, making it inhospitable for slugs or flatworms to crawl across, but causes no harm to plants or pollinators.

“My daughter spotted the flatworm crawling on the wall by our back door, about 5 feet off the ground the night of July 8,” Oak Forest resident Jesus Alcorta said. “We brushed it into a cup to see what it was with our Seek app. When we identified it as a worm hunter, we tossed it back into the yard in the rain.”

Alcorta also found a dried flatworm behind a toilet in his house. Before finding these, Alcorta wasn’t familiar with the hammerhead flatworm. The app he used was National Geographic’s Seep app, which had officially identified the live worm as a "Shovel-headed Garden Worm.”

“I would've salted the worm instead of putting it back in the yard had I known this first,” Alcorta said.

If you see one, the Texas Invasive Species Institute asks you to report its location along with a photo to invasives@shsu.edu.

“Traditionally these flatworms have spread through the greenhouse industry, but they are now naturalizing in rural and urban areas across the Southeastern U.S.,” Morgan-Olvera said. “Sometimes you might spot this creature for the first time after you, or a neighbor, bring home a new plant or mulch.”