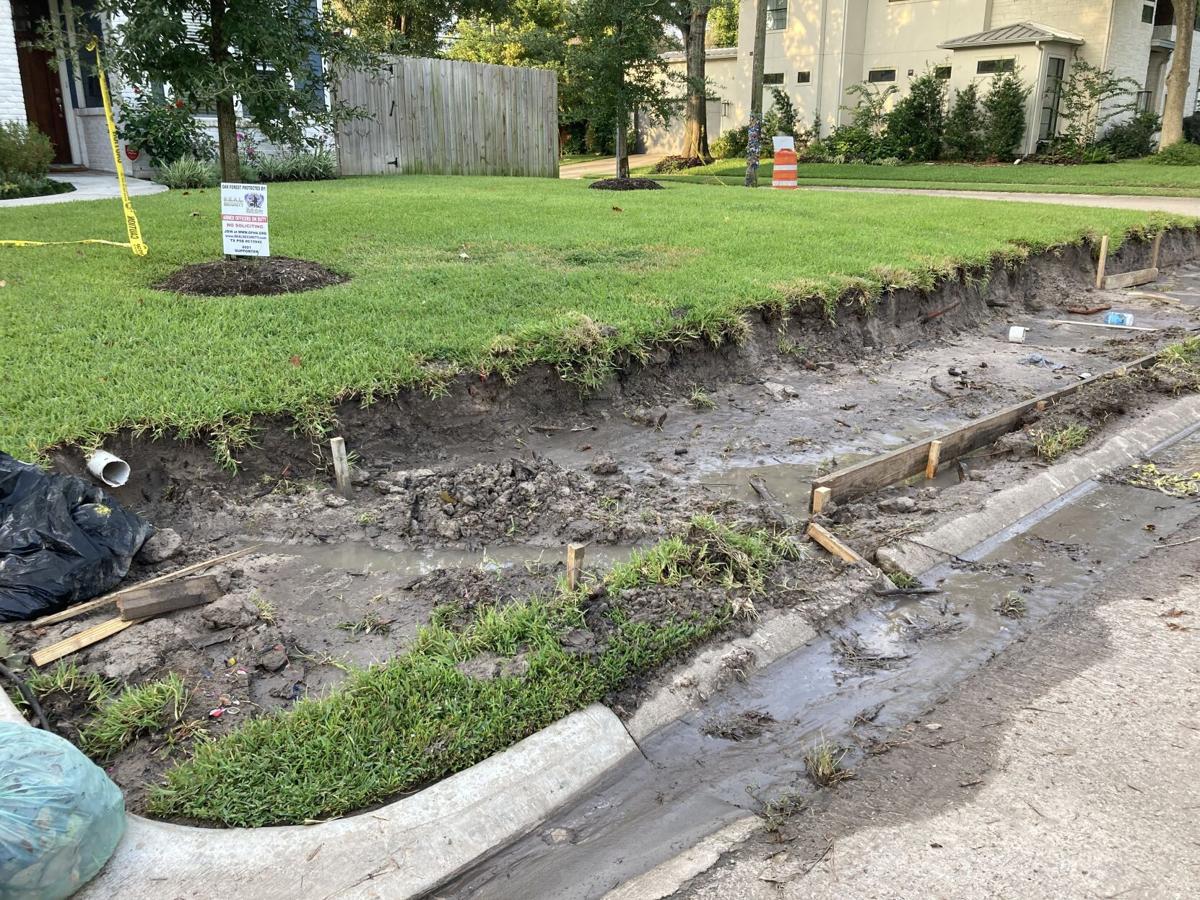 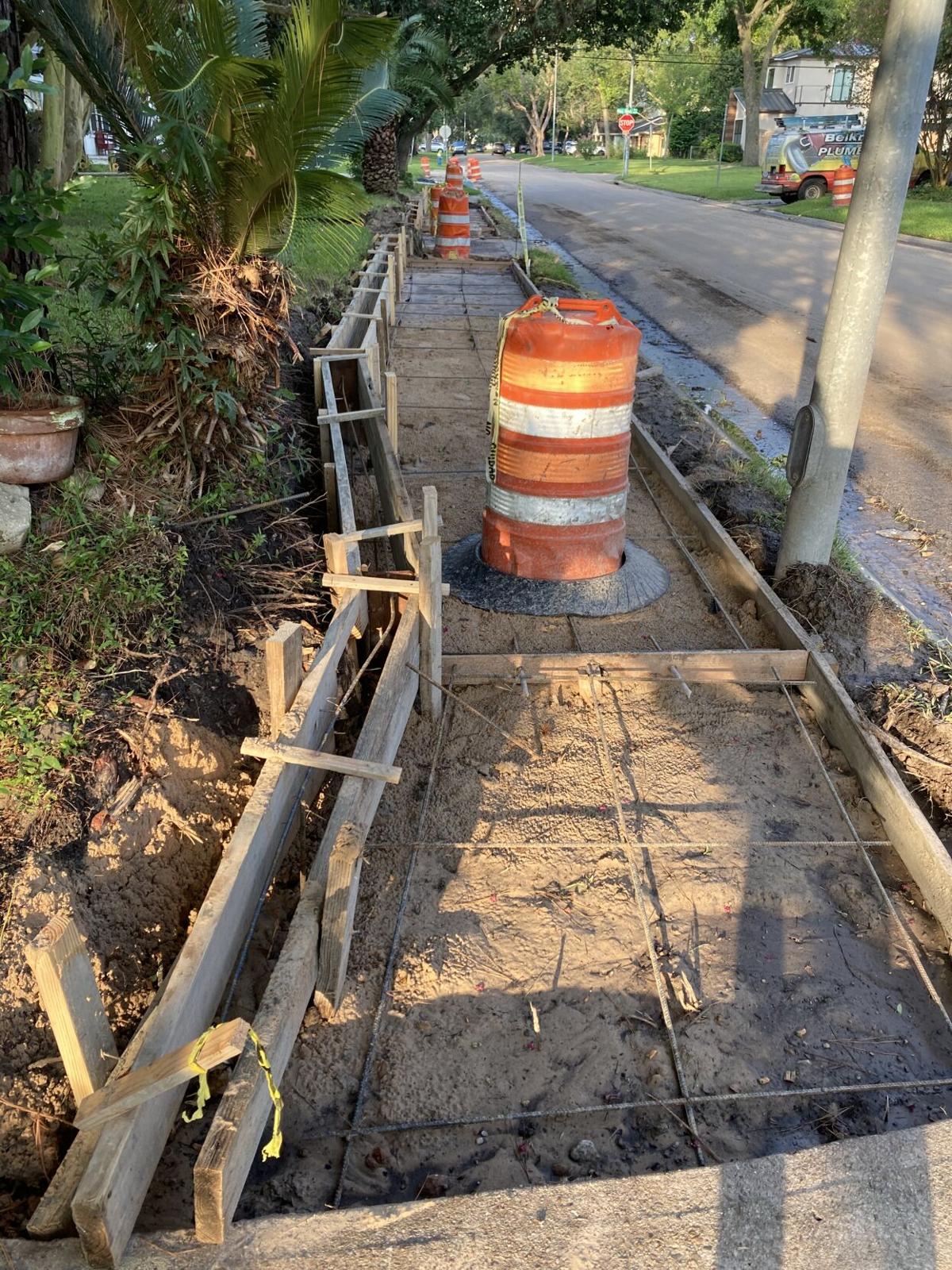 Jager Livingston said he can see the benefits of having a sidewalk on a residential street, particularly when it allows children to make it to school without having to walk in the road.

But the Oak Forest resident did not want a sidewalk installed on his side of Wakefield Drive, where he would prefer to maximize the trees and grass on his property and keep the concrete to a minimum.

Unfortunately for Livingston and some of his neighbors, they did not have a say in the matter. Another Wakefield resident requested a sidewalk as part of the Houston Public Works Sidewalk Program, and because it met the requirements outlined by city ordinance and is within the city’s right-of-way, the measure did not require input or approval from other affected property owners.

A little more than a year after the request was made, and three days after Livingston and his neighbors on the 1400 block of Wakefield were given notice about upcoming construction work, the city began installing a sidewalk Monday on the south side of Wakefield, in between Oak Forest Drive to the east and Piney Woods Drive to the west.

“We live in the United States in what is supposed to be a democratic society,” Livingston said. “If you’re telling me that one person can rule the roost for 10, 20 or even 1,000 people, we have a major issue with the way that program is set up. If one person can make that decision and no one else’s opinions matter, then the process that the city has in place is broken."

The sidewalk program, which was implemented by the Houston City Council, allows residents to request sidewalks for one of three reasons – pedestrian access for people with disabilities, school access for students and to make designated major thoroughfares more walkable – in that order of priority. The city will pave up to 1,500 feet of sidewalk for a Pedestrian Accessibility Review and up to four blocks apiece for requests related to schools and major thoroughfares.

In the case of the Wakefield block, Houston Public Works spokesperson Erin Jones said the request was related to school access and subsequently approved because the street is within four blocks of adjacent Houston ISD campuses Frank Black Middle School and Oak Forest Elementary. She said 1,400 feet of sidewalk will be paved on the south side of Wakefield, because that is where students typically get on and off a school bus, at an estimated cost of $100,800.

Jones also said the addition of sidewalks is part of the city’s broader Vision Zero initiative, which aims to make streets safer and more multimodal while eliminating all traffic fatalities and major injuries by 2030.

“When we can (install sidewalks), we want to,” Jones said. “As part of Vision Zero and safety, sidewalks are needed.”

The request on Wakefield was made by Rebecca Bell, who said in an email that a group of mothers on the block wanted a sidewalk because they saw them being installed in other parts of the neighborhood and had concerns about increased traffic along with erratic and distracted driving. Bell also said she’s grateful the city supports sidewalks and approved her request and she’s excited to see the new infrastructure completed.

“We wanted to ensure people, both young and old, have a safe way to move about the community to schools, parks, libraries and grocery stores, and sidewalks are proven to be the safest mechanism over alternative options (e.g., speed bumps),” Bell said.

Livingston and another resident on the south side of Wakefield who opposes the sidewalk, Melinda Faust, said they received an email months ago from the same account The Leader used to contact Bell, telling them about the plan for the sidewalk and soliciting feedback. Faust and Livingston both said they responded with questions and concerns but did not get a reply.

Jones said the city does not have a public engagement or notification process regarding sidewalks, other than providing at least 72 hours’ notice about construction, and does not ask or require applicants to solicit feedback.

Like Livingston, Faust said she is frustrated by the fact a sidewalk can be installed on a street without input or consent from impacted property owners. Both said the city should poll homeowners before proceeding with such projects.

Jones said the city received four complaints about the sidewalk before work began, including a concern about a tree in front of one of the homes. She said the sidewalk will be 3 feet wide near that tree and 5 feet wide on the rest of the block.

Faust said additional residents on the block have told her they oppose the sidewalk, and Livingston said some Wakefield residents asked the city to pause the work and further consider it, but to no avail.

“Part of the problem is just the way they go about doing this,” Faust said. “When you pay a ton in taxes, you would think you would at least have a say. They should have polled the homeowners that are going to be affected by this.”

Jones said any changes to the city’s sidewalk program would need to be made by the city council. At-large council members Sallie Alcorn and David Robinson held a virtual “Sidewalk Summit” on Tuesday to address sidewalk-related issues.

Council member Abbie Kamin, who serves the Oak Forest area as part of District C, said there was no discretion involved in the Wakefield request and that she relayed information about the project to local residents and neighborhood groups while also passing along concerns to the public works department.

“Sidewalks are a big issue throughout the city,” Kamin said.