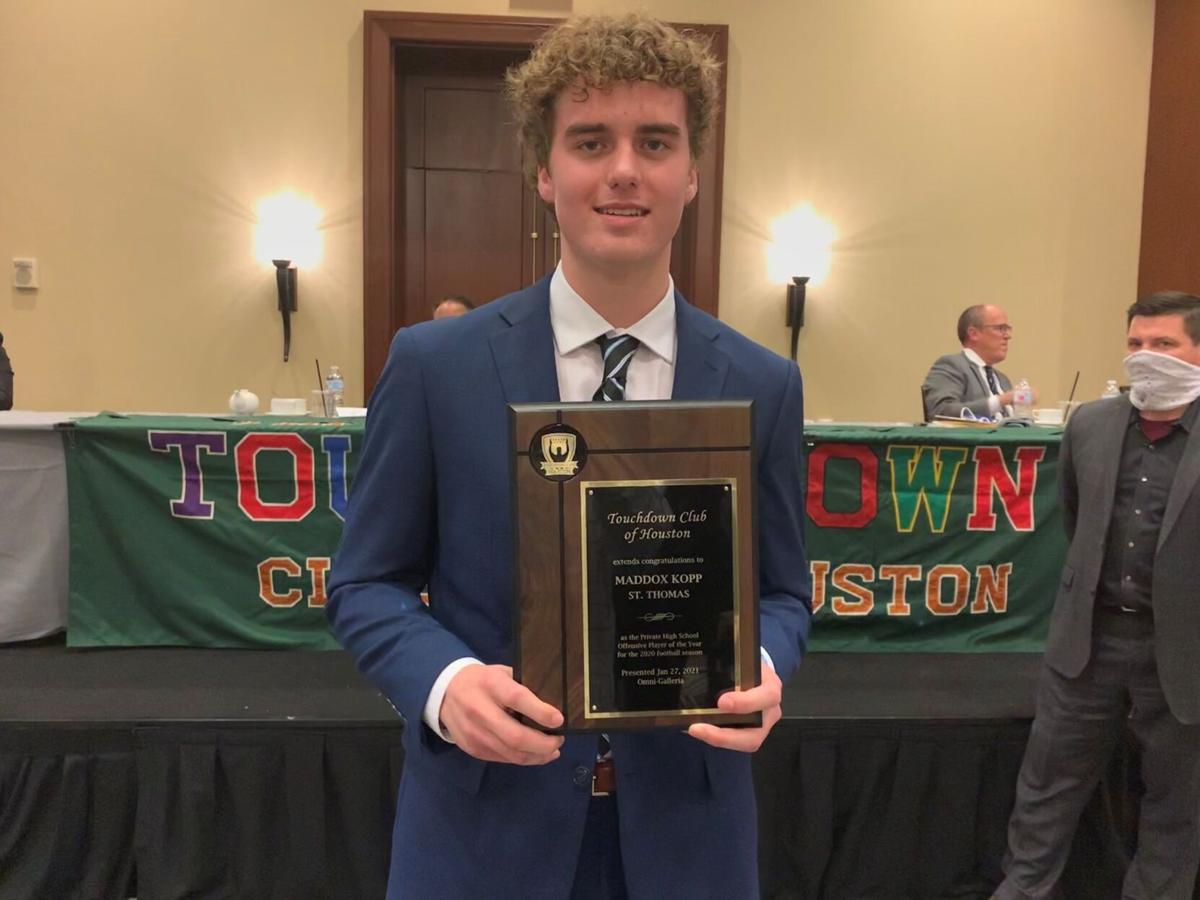 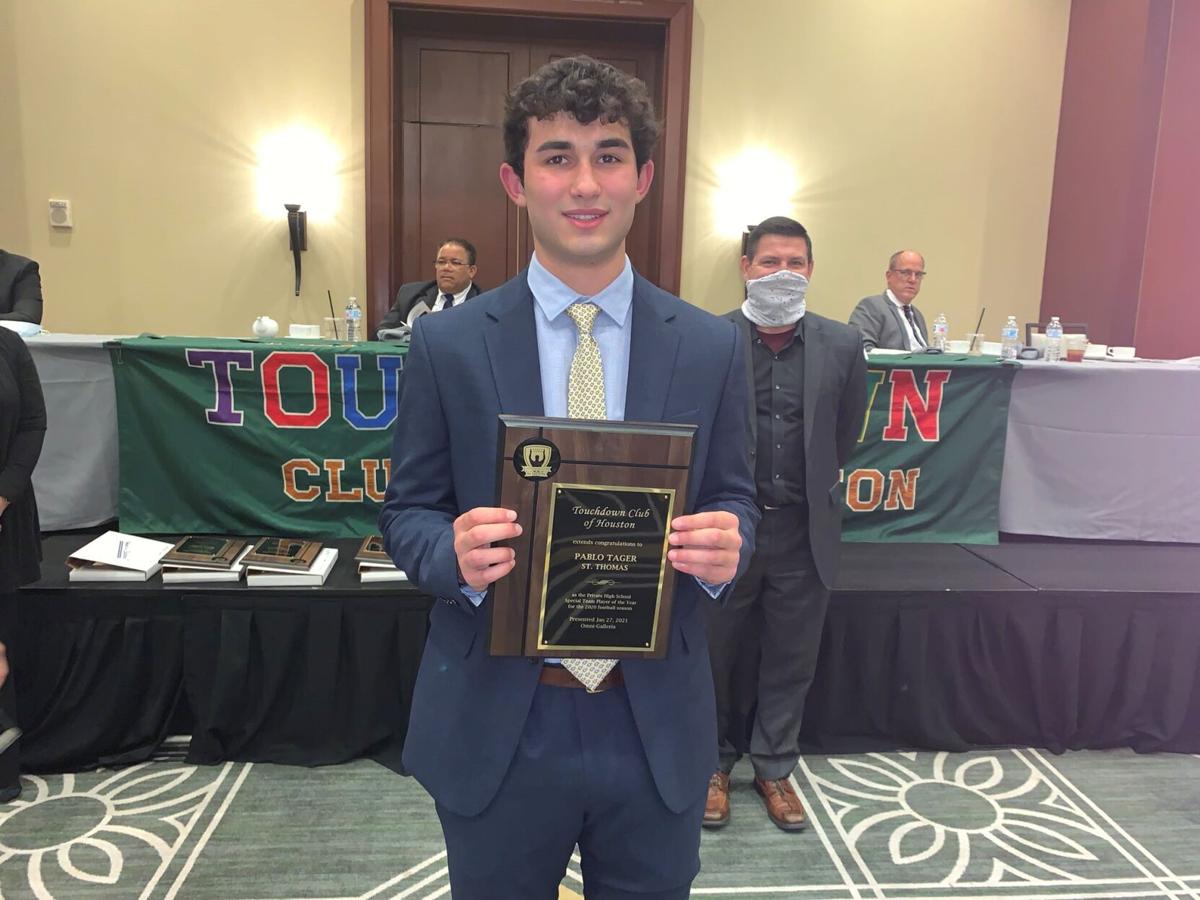 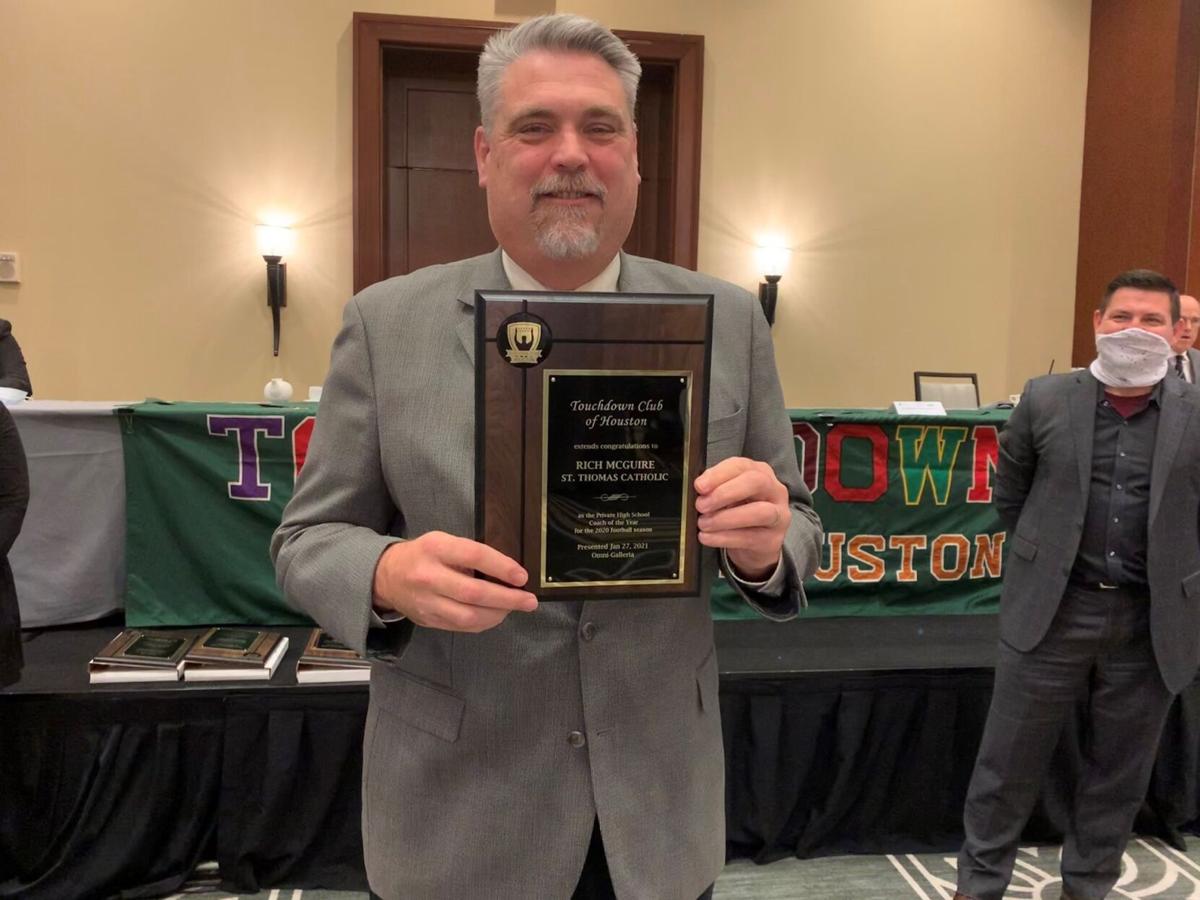 A high school football season that saw St. Thomas finish with yet another undefeated district record is in the rearview mirror, but several key contributors to the 2020 campaign were front and center last week.

Kopp, who is committed to the University of Houston, was named the Touchdown Club’s private school offensive player of the year after producing 3,426 total yards as the signal caller for an Eagles offense that scored nearly 33 points per game. A second-team TAPPS all-state selection, the senior had 30 touchdown passes against just four interceptions in leading St. Thomas to the TAPPS state quarterfinals. He joins former St. Thomas quarterback Peyton Matocha, who took home the Touchdown Club honor in 2018.

Tager was named the special teams player of the year after going 42 of 44 on extra points during the season. This is the second consecutive season an Eagle has taken home the award – Paul Langenmeier won the honor in 2019.

McGuire was named the organization’s coach of the year after guiding the Eagles to a third consecutive undefeated district championship and another playoff appearance.