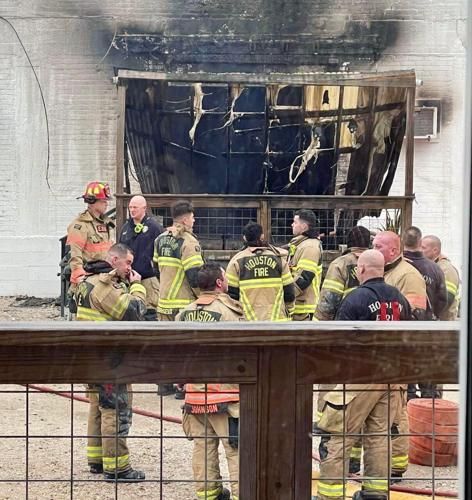 HFD put out a fire set by an arsonist at Winter St. Studios (submitted photo). 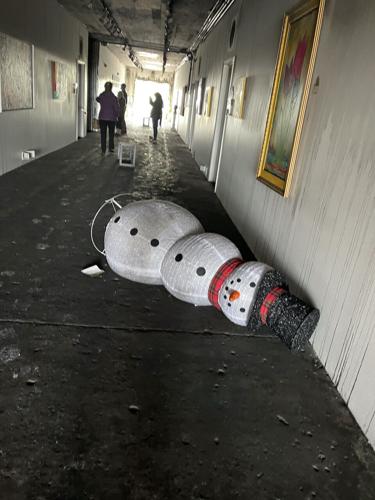 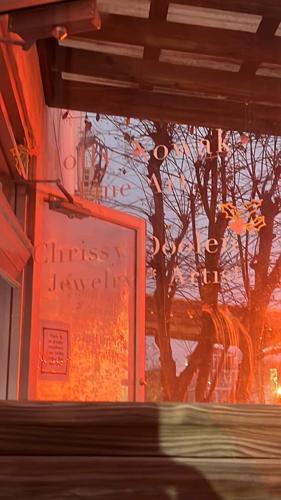 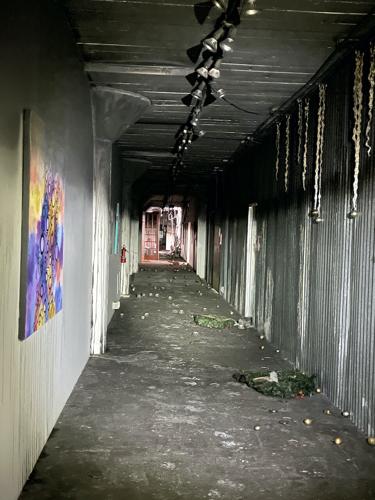 A hallway near the fire damage at Winter St. Studios. (submitted photo)

HFD put out a fire set by an arsonist at Winter St. Studios (submitted photo).

A hallway near the fire damage at Winter St. Studios. (submitted photo)

The fire destroyed the studio, the adjoining studios with shared walls and caused extensive heat and smoke damage to the 2 story building and many of the studios. HFD was treating this as an arson and crime scene at the time of this writing.

Social media was a buzz all day Tuesday as artists reported the news and shared photos of the devastation. The section of the building with the most damage was cordoned off while investigators worked and checked for structural damage.

It was heartbreaking to see photos and watch videos as the day progressed, I know most of the people that have studios there and I know all the artists put their heart and souls into creating.

Holly Nowak shares her studio with three artists, Chrissy Doolen, a metal artist, Nicole Bolinger, a glass artist, and Stephanie Barker, a painter.  It was Nowak’s early morning post on Facebook that caught my attention.

In a phone call, Nowak told me that someone (she doesn’t know who) sent her a photo (about 5 a.m.) of her studio door with fire billowing out and asked if that was her studio. It appears that the art in their studio was completely destroyed.

More photos were shared all day as artists arrived to check on their art and studios. The smoke and soot seems to have made it to all parts of the building.

A recent exhibit that featured artwork from artists all over the Sawyer Yards campus was installed on the Winter St. Hallways just last month. The heat was so extreme in some areas I was told that the art melted.

Can you help? Yes.

Fresh Arts, an arts nonprofit, has office space just down the hallway from where the fire was located.  Fresh Arts Executive Director, Angela Carranza, said in an email that a fundraiser will be in the works soon to help artists. She said the Houston Arts Alliance Disaster Services has already opened a relief fund for artists affected.

To donate or apply for aid, visit HAA's web page for The Disaster Services program https://ready.haatx.com/ (Hat tip to Randall Kallinen for the link.)

Robyn Crowell, Founder and Director of Heights Church Artifex, 230 W. 20th, and her resident artists are planning an art supply drive with donations to be dropped off at Heights Church.

As dates and times are announced, I’ll update this article and announce them on my webpage ArtValet.com.

I was looking for a feel good story this morning to share with you here, I certainly didn’t expect it to come about in this horrific way. People have rallied though, and are coming together to help in a time of need. Be thankful for who and what you have, now. I am very thankful to witness the outpouring of love, and offers to help.

Cohen is an artist and founder of the First Saturday Arts Market and The Market at Sawyer Yards. Find him at ArtValet.com for additional highlights and artist’s stories.